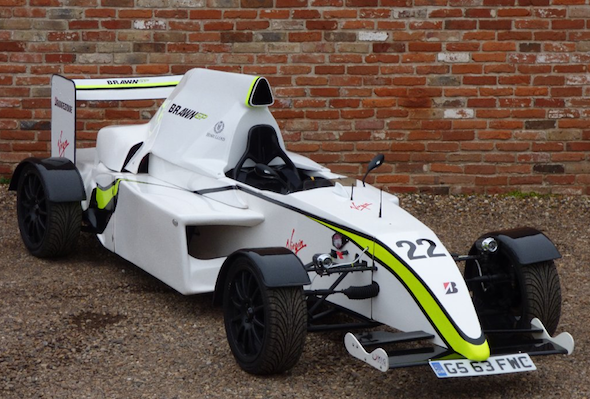 For most regular F1 fans, getting up close and personal to their favourite racing machines simply isn't an option. Now though, you can get a flavour of a championship winning car. If you squint, that is.
GP Cars if offering what it describes as a "Brawn GP lookalike" – only the car on offer is much shorter, narrower and all-round stumpier than the car that Jensen Button wrestled to a championship victory in 2009.

What it actually is a Furore F1 kit car, claimed to be just one of five in the UK (which would make it rarer than the actual Brawn GP cars, of which six were created). This open-wheeled single seater boasts a 1.6-litre Toyota twin-cam engine. Its power isn't stated, though don't expect to it to accelerate like the real thing, particularly on its relatively skinny tyres.

Furore itself claims its cars boast around 400bhp per tonne – albeit with a Kawasaki motorbike engine – which would see them rival the upper echelons of performance cars. Under the skin, this example has some trick hardware that belies its shed-built aesthetic. Amongst the go-faster kit are a four-point racing harness, braided brake hoses and a lightweight fibreglass body.

That GP Cars has it listed under 'used trucks' perhaps gives a good indication of the actual engineering that's gone into this admittedly eye-catching creation.

Want to make it your own? You'll need £25,993. Viewing is by appointment only, though we don't imagine you'll have to wait long.

This replica F1 car isn't fooling anyone
Up Next