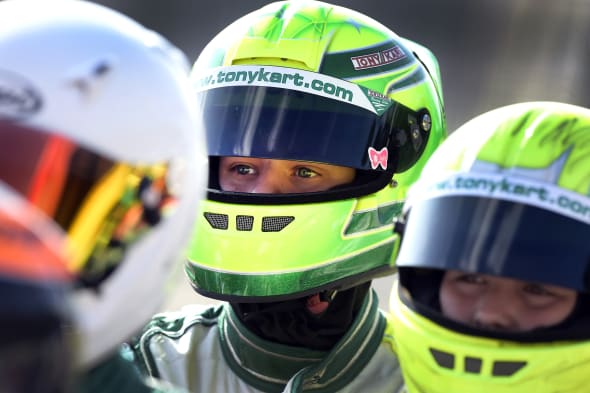 Michael Schumacher's son Mick has reportedly escaped unharmed after a 100mph crash at a racetrack in Germany.
The 15-year-old lost control of his Formula Four racer at Lausitzring speedway in Brandenburg last weekend.

German newspaper Die Welt reports that the budding racing driver, who is following in the footsteps of his seven-time F1 World Champion father, skidded off the track during a practice session and stopped in a gravel trap.

Mick Schumacher has only recently stepped up to Formula racing, after being signed by the Dutch team Van Amersfoort Racing just over two weeks ago.

The motor racing world is watching Mick's career with interest, not only due to the legacy of his dad – who is the most successful F1 driver in the history of the sport – but also after an impressive campaign in kart racing.

The youngster isn't the only driver to follow their dad into motor racing. Mercedes driver Nico Rosberg and Toro Rosso rookie Max Verstappen also have fathers that have competed in the top-tier of open-wheel racing.

Michael Schumacher himself remains paralysed and in a wheelchair, according to his close friends, after he suffered severe head injuries in a skiing accident in December 2013.

He is being cared for by a private medical team at his home on the shore of Lake Geneva, and though he is recovering slowly, doctors have been unable to give an accurate long-term prognosis.
Tags
Read Full Story