How I took on Expedia for overcharging me 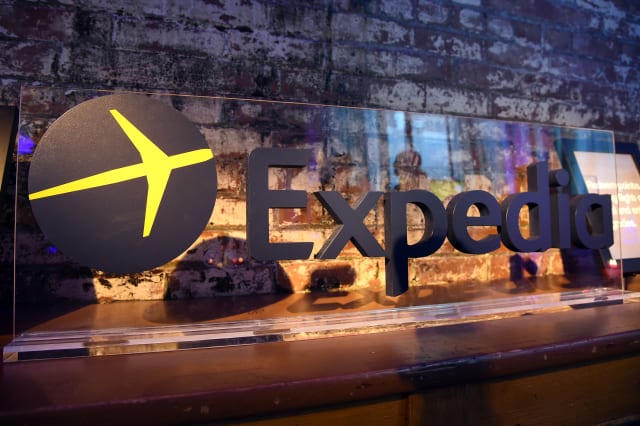 There are few things more satisfying than booking a bargain break – until you discover you've been charged almost double the amount you were expecting.

Last month, I booked a three-night family trip to Copenhagen to visit friends who live there. We planned to spend two nights with them and, due to an early morning return flight, we opted to stay in an airport hotel for the final night.

We booked the trip through the popular online travel agent Expedia.co.uk, not only because we'd had success with other holidays arranged through them, but also because we could redeem our Nectar points against the cost of the break.

We'd saved these points for more than 10 years (that's an awful lot of visits to Sainsbury's), which meant they amounted to a not-insubstantial £287.15 off the total £529.35 cost of the trip. Our bill for return flights for four and one night in a hotel therefore came to £241.85 once we'd redeemed the Nectar voucher.

So far so good - or at least we thought. I checked my bank statement the day after we booked the trip, and discovered Expedia had taken a mysterious £428.80 from my account, of which £310.40 had gone to the low-cost airline Norwegian, which we were flying with, and £118.40 to Expedia.

After a lengthy wait to get through to Expedia's customer services department, I was told that there had been an error, and that I would be refunded the £186.95 in extra charges within a week.

A week on there was no sign of a refund, so I braved the call centre music for a second time to find out what was going on.

The lady I spoke to didn't seem to have any record of my earlier call, or the promised refund. Instead, I was told that the charges they'd imposed were correct, and that the trip should have actually cost £428.80 once the Nectar points had been deducted, and not the £241.85 shown on my itinerary.

I pointed out that if they had failed to give the correct charges in the first place, then they had no right just to dip into my account and take the extra without notifying me. They said they'd need 72 hours to look into the whole case again. Sigh.

A quick look at Expedia's Feefo feedback reveals that although the vast majority of its customers reviewed their experience as very good or excellent, there are still plenty of people who, like me, aren't happy.

Complaints range from overcharging to poor customer service, with many people struggling to get their problems resolved quickly.

When I contacted Expedia's press office about my own case, the company apologised for the charges I had been hit with, blaming "an error that was triggered in applying the Nectar discount."

A spokesperson said: "We are investigating further to ensure that this has not impacted other customers, but our initial investigations indicate that this is not the case."

They agreed to refund the £186.95, which should be in my account in three to five days, and also offered a goodwill voucher. I queried why it takes this length of time for a refund to be made – companies deduct payments almost immediately, so why can't refunds be made immediately too?

According to the Expedia spokesman; "The processing time will vary based on a number of factors, but in general we need to allow time for suppliers and banks to process the refund."

How to complain to Expedia

If you have previously called Expedia's customer services and your issue has not been resolved, you can call 0203 684 2910 about your problem.

If you would like to file a complaint, email Expedia at bfscrd@support.expedia.co.uk. The company says it will respond to your email within 48 hours, and will provide you with a case ID number, which you should quote in all subsequent correspondence.

Your rights if you're overcharged

* If a retailer deducts more from your account than is shown on your invoice or receipt, then you are entitled to a refund.

* If they refuse to do this, and you have already complained to their customer services department, you can report them to Trading Standards. You must do this through the Citizens Advice Consumer Advice line. They pass your complaints to the appropriate local authority trading standards service. To report a complaint, call the Citizens Advice helpline on 03454 040506.

* You will need details of what the problem is, paperwork including any invoices, bills or contracts, as well as notes of any conversations you've already had with the retailer or their customer services department.

* The information you give to Trading Standards may be forwarded to other organisations who have the power to take action against the retailer, such as the Competition and Markets Authority, the police or the courts service. If you are awarded compensation, it can't be any more than the value of the goods or services you've lost.

How to save money when booking your holiday

The worst types of holiday fraud

How I took on Expedia for overcharging me

If you are a victim of a strike, or any other event beyond the airline's control (including ash clouds!), they must offer you a refund (in which case it's up to you to find a way home) or an alternative flight. While you are waiting for the flight you have the right to food and refreshment and accommodation.

If you are on a package holiday, your tour operator is entirely responsible for looking after you until you get back to the UK.

This is more likely to happen due to the financial crisis, but in some situations you are covered.

If you pay by credit card and it's over £100, you'll get a refund from the card company.

Your travel insurance may well cover you too, but check before you go.

Talk to the airline, and if it is temporarily misplaced they should arrange for it to be sent to your accommodation, and you should be either given cash to cover the essentials in the interim.

If it's completely lost you must wait 21 days and then make a claim for compensation. If you are travelling as part of a package you can claim costs from your operator.

If you are travelling within the EU you need an EHIC card, which gives you access to public healthcare. However, this won't necessarily be free, and if you need extra services such as accommodation for a carer, a helicopter home or a delayed flight, you could end up seriously out of pocket.

The only protection that will guarantee you will be looked after without running up a horrendous debt is by having travel insurance - which often covers up to £10 million of costs.

The most common form of theft is pick-pocketing, followed by theft from a car and bag snatching. Meanwhile, 752,000 of those surveyed had items stolen from their hotel room or villa.

If you have anything stolen, your only protection is insurance. You need to tell the local police immediately and get a crime reference for your travel insurer.

Meet the coolest Pomeranian to grace your feed

The Ultimate Family Action Plan for a Happier Stay-At-Home

Grass flip-flops are perfect for nature lovers and tree huggers