Lada on ice: man returns to car to find it frozen solid 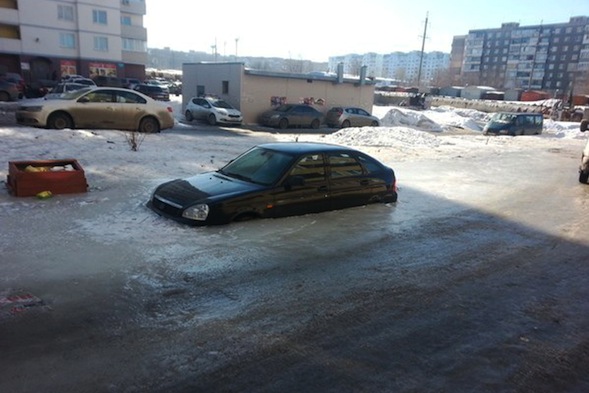 If you bemoan the tedious process of scraping the ice off your windscreen every morning during the winter months, spare a thought for this Russian motorist, who returned to his Lada only to find it frozen solid in a block of ice.
Vlad Pokrovski had parked his car in a small drainage ditch next to a block of flats in the southwestern city of Saratov.

Unfortunately for him, a heavy storm saw the ditch fill with water overnight, which rose up above the car's wheels. By morning the water had frozen, trapping the car in place.

Inspecting the car, Pokrovski discovered just how far the ice had infiltrated his Lada Priora. The foot-wells had filled with water up to the seats, and then frozen solid, making an attempt to drive the car out of its icy prison an impossibility.

The unlucky driver then enlisted the help of friends, though even after an hour of chipping away at the ice in temperatures of -30 Celsius, they had got nowhere. Pouring hot water onto the car was similarly fruitless, as it instantly froze on contact. 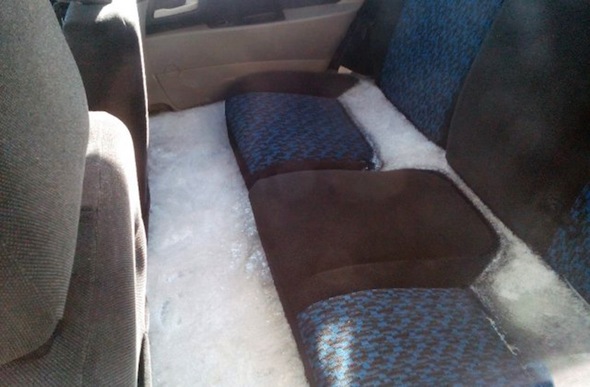 
Garage owner Andrey Teliatev, who inspected the car, said: "I'm not even sure it's worth trying to get free," the Daily Mail reports.

"The engine will be dead from being flooded and I don't think it can be repaired.

"In fact, repairing it would cost about the same as getting a new one."

Pokrovski added: "I can't believe this.

"If I hadn't parked in that ditch this would never have happened, but who would have thought it?

"I guess the snow must have melted and then when the temperatures fell it froze."
Tags
Read Full Story Click here to comment