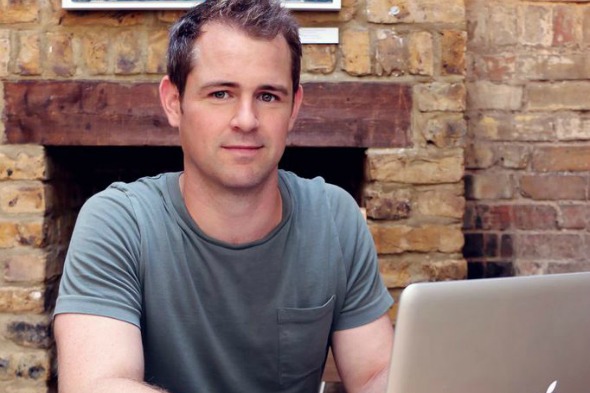 Chris Holbrook doesn't like lotteries and he hates gambling. It seems like an odd position to hold when you're at the helm of a lottery website, but the 36-year-old web developer from Finsbury Park in London has come up with a new twist on the idea of a lottery: one where you don't have to buy a ticket.

He told AOL Money: "I wanted to create an anti-gambling website, to provide an alternative to the lottery, where you don't have to risk your money."

With freepostcodelottery.com, you don't buy a ticket, instead you sign up for free with your postcode and your email address. Every day at noon there's a main prize draw, and the site publishes the winning postcode. You get an email reminding you to visit the site and check whether you have won. If it's your postcode up there, you have 24 hours to claim your prize.

Holbrook told AOL: "The fact you have to go back each day to check if you have won creates page impressions, and that drives revenue from the advertisers, which pays for the prizes." He doesn't take any money from players, and he doesn't sell any details onto third parties.
%VIRTUAL-ArticleSidebar-lottery-stories%
The prizes

The main daily jackpot is £80. However, Holbrook points out: "The winners have 24 hours to claim their prize, and if they don't, it rolls over into the following draw. It rolls over more often than not, and a month ago we had a jackpot of £700."

At the moment the site has 150,000 active users, and 70,000 unique visitors a day. Holbrook plans to increase the jackpot as the membership grows. At the moment he has 8% of all UK postcodes registered, so his jackpot is £80. When he has 9% he will bump it up to £90. He adds: "I'm eventually aiming to have 100% of UK postcodes, and give away thousands of pounds in a number of different draws."

Two weeks ago Holbrook took the huge step of giving up his other web development work and going full time on the site. He says: "When this started, it was just a bit of fun: now it's paying my mortgage." In fact, with his wife recently starting maternity leave, there's a lot riding on the success of the site.

Is it worth it?

However, the vital difference, is that the cost of losing is very different too. The vast majority of people entering every lottery will lose. If you buy a National Lottery ticket every week for a year and lose, you're £104 worse off. If you enter the free postcode lottery and check it every day for a year, even if you don't win, you have lost absolutely nothing.

Holbrook says: "All it costs is the time it takes to check if you're a winner. If you don't have the time, then it may not be right for you, but if you do: why not?"

The average Brit blows £416 a year on lottery and scratchcards

Who is most likely to blow a lottery win - and why?

What's more likely, winning the lottery or being killed by your trousers?