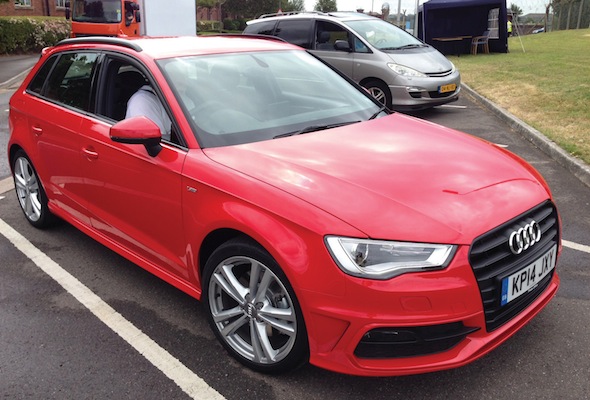 No, no, no – in the words of Victor Meldrew, I just don't belieeeeve it...
I love Audis. From the time I first slipped into one of their lovely comfy leather seats behind that flat-bottomed steering wheel, I was hooked. Nothing they could do could upset me. Until...

I know my colleagues Andy and DJ have had a bit of a pop about the sat nav in the past. But they had to be wrong. It's an Audi, after all.

But they were right. It drove me mad. I couldn't get the thing to let me put in a postcode. Every time I neared the end of it, it jumped to the address it thought I wanted.

That was very nice of it. But it kept getting it wrong. And I couldn't work out how to put it right.

In the end, I gave up, followed directions to the postcode it would give me (a couple of miles away from my destination) and then, feeling like a dinosaur, followed the road signs to get where I needed to be. Who uses road signs these days?

And, horror of horrors, I found another worrying thing. It was tipping down outside, and had been for most of the journey. When I opened the tailgate, water poured down on to the parcel shelf and on to my luggage in the boot. What's gone wrong?

The drive? Lovely. The A3 is lively, eats up the miles, and has a cabin that's a pleasure to while away the hours in. But that's a given, as it's an Audi, right?

Motorway driving. This is a compact car that thinks it's an executive saloon.
Tags
Read Full Story