The average Brit blows £416 a year on lottery and scratchcards 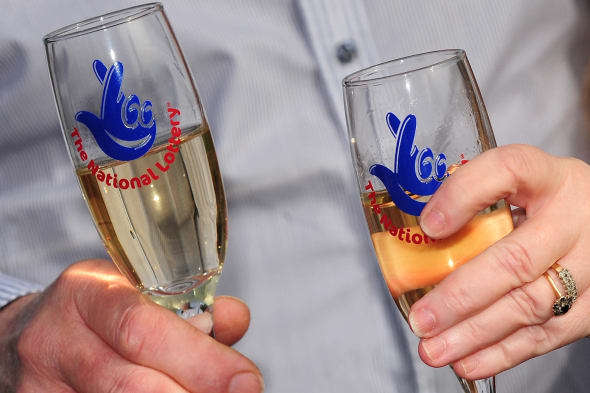 Every year we spend an average of £416 each on scratchcards and playing the National Lottery, and yet 52% of people have never won a penny as a result. It begs the question of whether there's a better way to be spending so much money.

The figures were revealed by VoucherCodesPro.co.uk, who discovered that more than a third of people played four times a week, a fifth played twice a week, one in six played once a week, and just one in six had never bought a scratchcard or played the lottery.

When asked why they spent this money, the most popular answer (given by 63% of people) was that they were determined to win. Meanwhile 57% said they needed the money.

Given that so many people play because they actively need a windfall, it begs the question of whether there's a better way of generating one than pinning your hopes on such long odds.
%VIRTUAL-ArticleSidebar-lottery-stories%
The alternatives

There's an argument that they'd be far better off putting the cash into a savings account. Even if they were to put it in an account paying a disappointing 1%, after five years they would have £2,133 - and after ten they would have almost £4,375.

If they managed to secure an account paying 3% interest, they could have £2,243 after five years and £4,846 after ten. It's not a lottery-winning kind of windfall - but it's a good start, and the returns are far better than the miserable losses incurred by people spending their money on scratchcards and lottery tickets instead.

However, for most people, the point of playing the lottery isn't to end up a few thousand pounds better off: it's to win a life-changing amount of money. If that's your dream, then Premium Bonds could be the answer, because not only is there a chance of winning the jackpot, but even if you lose, you get to keep your stake.

With Premium Bonds, you invest your cash, and then each month, millions of investors are picked at random to win one of several prizes. There are two £1 million prizes, four £100,000 prizes, nine £50,000 prizes, 15 £25,000 prizes, and millions of smaller prizes. The more you have invested in the bonds, the more chance you have of winning.

National Savings & Investments say that if you win an exactly average number of times, you will get the equivalent of a 1.35% return on your investment. Of course, there's around a one in 100,000 chance that you won't win anything at all. However, you have to weigh that up against your chances of winning a top prize - 54,504 to one.

When you compare it to the odds of winning the National Lottery, which are roughly 14 million to one, you have to at least consider whether you'd be better off investing the money in Premium Bonds instead.

Critics of this sort of investment point out that if you don't win, you money will lose value after inflation, but recently a product has been launched that counters this argument: the Halifax Savers Prize Draw. You put at least £5,000 in one of the company's eligible savings accounts, register, and each month you'll be in the draw to win one of three prizes of £100,000, or 1,000 smaller cash prizes.

The odds of winning are not as good as the Premium Bonds, and the prizes are smaller. However, if you don't win, then your money stays in a savings account, earning interest, so you have the opportunity to win a windfall without losing anything at all.

But what do you think? Would you switch to one of these alternatives? Or are you committed to your lottery habits?

Who is most likely to blow a lottery win - and why?