Tesco pledges to cut prices to compete with Lidl and Aldi 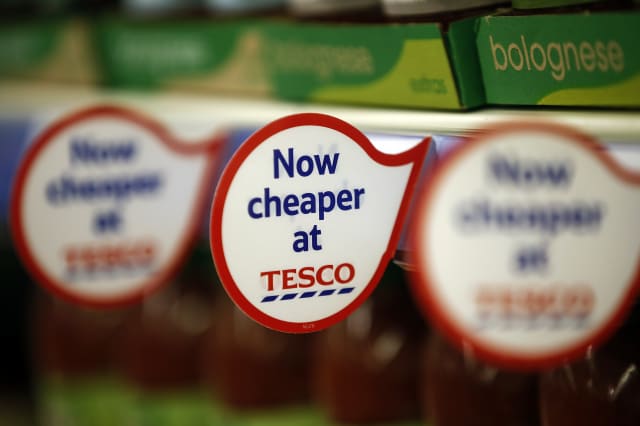 Tesco's new boss has pledged to slash prices in a bid to compete with the rapidly-growing discount retailers.

Chief executive Dave Lewis acknowledged that Tesco's prices have become too high for consumers, especially compared to Lidl and Aldi.

"The price gap without doubt was too great", he told the Daily Mail, adding that he wanted Tesco "to be competitive at all ends of the market... including the opening price point in every category."

The price cuts are part of a wider shakeup of the business being undertaken by Lewis, who joined Tesco from Unilever in 2014.

In January, he revealed plans to cut head-office costs by 30%. Additionally, 43 unprofitable stores will close and the plans for 49 new stores have been halted, the Independent reports.

Reducing the total debt of £22 billion, which includes the pension deficit and the costs of capitalised long leases, will be one of the biggest challenges facing Lewis this year.

Marginal companies like the film streaming service, Blinkbox and loyalty card processor Dunnhumby have also been sold off. According to the Independent, TalkTalk bought Blinkbox and Tesco Broadband and are planning on incorporating the businesses into their online TV technology.

Lewis sees Tesco Bank as an integral part of the supermarket's future, believing that its 'model of simplicity' is a promising opportunity.

He told the Daily Mail: "It's a good performing asset and when I look at what the customers think, they really like the bank. The question for us is could the bank do more for the rejuvenation of the brand that we've invited it to do up to now?"

Tesco pledges to cut prices to compete with Lidl and Aldi
The subtle manipulation starts as soon as you enter the store when you are assailed by the smell of flowers and fresh bread, which are often placed near the door. The smell is intended to put you in a good mood and to get your salivary glands working. You are also more likely to pick up these higher-ticket items when your cart is empty. Similarly, fresh produce like fruit and vegetables (one of the most profitable sections at the supermarket) is also usually at the front because the bright colours are more likely to lift your mood than bland cartons and cans. Mist is sometimes sprayed on the fruit and veg to make them look fresh but can actually make them rot faster.

The bizarre reason this Tesco shopper was asked for ID
​

Melanie Sykes on finding love: 'Most men are pretty basic and disappointing'