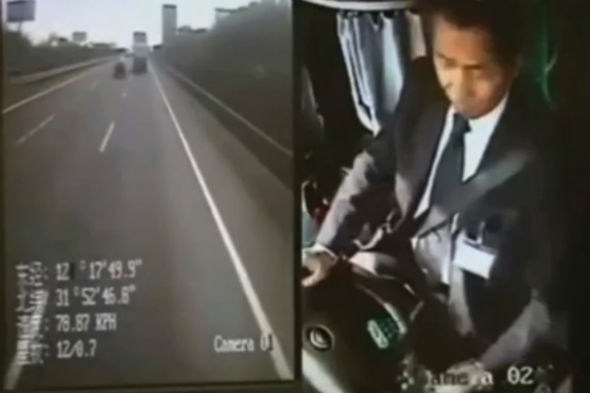 When it comes to driver standards, you'd hope that those who drive for a living would be a little more conscientious than the rest of us. However, it looks like that might not be the case – in China at least – after a coach driver ploughed into the back of a lorry that had broken down on the hard shoulder. All because he wouldn't put his phone down.
The driver in question wasn't even chatting on the phone, but texting, taking his eyes from the road for a good nine seconds in the clip below. The video, which was filmed in November 2013, but has only just come to light, shows the driver cruising along a highway in China. Grabbing his phone to send a text he takes one hand off the wheel and seems to direct nearly all of his concentration into the phone.

Only at the last second does the driver catch on to fact that there's a lorry stopped in front of him. With no time to stop or steer around it, he slams into the back of the blue lorry, with his windscreen instantly shattering. Following the smash, the driver appears unharmed, pocketing his phone calmly before making for the exit.