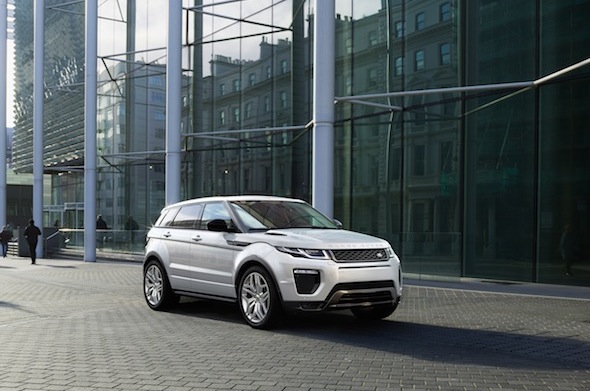 Land Rover has lifted the covers off the refreshed Range Rover Evoque, four years after the model was launched.
The new car features subtle styling revisions to keep the Evoque's striking styling looking fresh, while a new, cleaner diesel motor keeps it competitive against the raft of competition the car now faces in the premium crossover market.

Inside, there are the usual improvements, including a greater range of trim and upholstery options. However, Land Rover has seen fit to redesign the seats and door trims – an unusual step in a mid-life facelift. The Evoque also gets Land Rover's new 'InControl Touch' infotainment system, which is operated through an eight-inch touchscreen, as well as a digital instrument display in place of regular dials.

Trim levels have been altered to match those of the larger Range Rover Sport, meaning the Evoque will now be available in SE, HSE, Dynamic and Autobiography specifications.

Full price and specification details for the refreshed Range Rover Evoque will be confirmed closer to the car's launch later this year. However, expect prices to be comparable to the current model, which starts from just under £30,000.

2015 is shaping up to be a busy year for Jaguar Land Rover. Check out the video below to hear company CEO Dr Ralph Speth and other executives give a run-down of what we've got to look forward to.