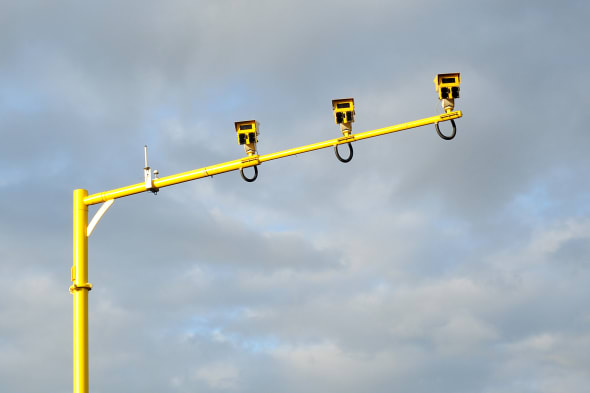 Labour has pledged to switch off thousands of speed cameras across the country, including newly introduced grey motorway 'stealth' cameras, should it win the next general election.
The opposition party said the action was necessary to prevent speed cameras from being used as a "cash cow", preying on motorists.

Amongst the plans is a ban on local councils using CCTV to monitor traffic, other than in areas designated as accident black spots. Motorway speed cameras, which have been installed on a number of 'smart' motorway sites across the country, will also be painted yellow to increase their visibility to motorists.

This promise to review guidelines governing speed camera use comes as official figures reveal that the number of motorists receiving penalty notices is on the rise. 115,000 fines of at least £100 were issued to drivers in 2014 – the highest number since 2010.

Michael Dugher, shadow transport secretary, told The Times: "Speed cameras should be about slowing drivers down and changing the way people drive. They should not be used as cash cows for ministers."

Labour has stated that the review will assess the reasons for speed camera use, and could mean local authorities having to prove a road is particularly badly affected by accidents or speeding before a camera or other traffic calming measure can be installed.

In a separate announcement, Labour also pledged to renationalise parts of the UK's rail network.

What do you think of Labour's promises? Let us know in the comments section below.
Tags
Read Full Story Click here to comment