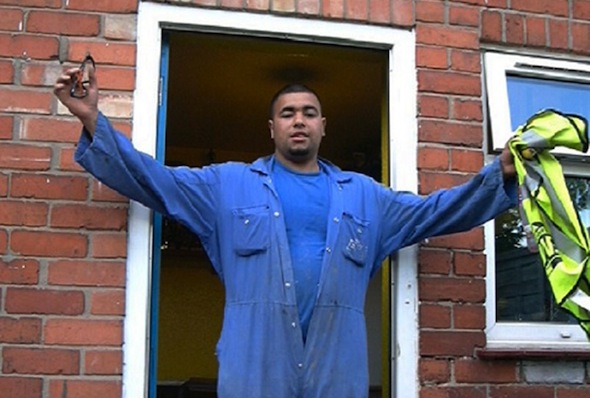 A motorcyclist who crashed into a car that pulled out while he was overtaking a slow moving line of traffic, has been awarded £10 million in compensation. Marcel Beasley, 31, had been moving past slower vehicles on a Nottinghamshire road when he collided with a car that had pulled out in front of him, leaving him with serious brain damage.
Mr Beasley now has to use a wheelchair and suffers from speech impairment, meaning that he needs constant care. Following the smash, which happened when he was just 25, Beasley has been awarded a £4.27 million payout, intended to help him buy a home that is specially designed to cater for his needs and he will receive £175,000 tax-free every year to make sure that he has a team of carers round the clock. Overall, the father-of-two could receive more than £10 million in payments.

The crash, which happened in 2009, took place after a VW Golf pulled out in front of Beasley, who had no time to stop. The biker smashed into the driver's door of the car and was launched across the road and into a ditch, with his helmet being ripped off by the forces involved. He was subsequently airlifted to hospital, with his heart stopping eight times en route, leaving him in a coma for several weeks.

A judge at the Royal Courts of Justice found the 39-year-old car driver completely to blame for the collision and Mr Beasley's subsequent injuries. Following court proceedings The Mirror reported Judge Neil Bidder QC as saying: "I'm wholly satisfied that this settlement is in the best interests of the claimant. I approve the settlement."
Tags
Read Full Story