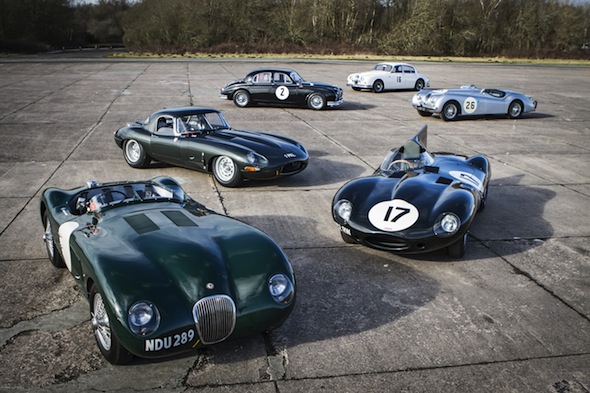 Jaguar has launched a new single-marque racing series for its classic models.
Named the Heritage Challenge Series, the racing programme will take place over five weekends and is open to owners of pre-1996 Jaguar models.

It's been organised in conjunction with the Historic Sports Car Club (HSCC) and the racing is split into five classes: Jaguar XK-series cars; pre-1966 saloon models, C-type, D-type and XKSS models; and two separate classes for E-type cars.

The series will encompass some of Europe's most thrilling circuits, including Silverstone, Oulton Park and the Nurburgring. It builds on the success of an E-type-only Challenge series, which has been held over recent years.

The new series aims to further promote Jaguar's Heritage division, which last year began offering driving experiences in some of the brand's most iconic cars, including the svelte E-Type and statesman-like Mark 2 saloon.

Derek Weale, Jaguar Land Rover Heritage business director, said: "We are delighted that our new Heritage Race series will take place at some of the best drivers' circuits in Europe and at world-famous historic race meetings. The spectacle of seeing a race dedicated to these classic Jaguars on these circuits and at these events is going to be a sight to savour and behold."

Jaguar's Heritage department has the responsibility for looking after customers' classic motors, though has recently branched out by creating a range of 'Lightweight' E-types, built to their original specification.

The division also recently launched its own range of designer clothing, so you can have the effortless style to match your set of wheels.