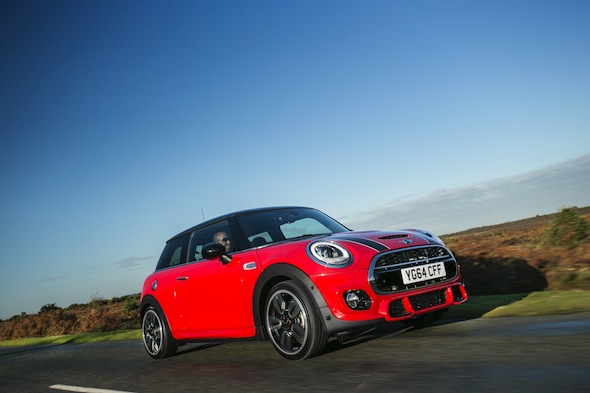 Mini has released a new Sport Pack for its hatchback models, which gives the look and feel of the range-topping John Cooper Works (JCW) version, but without that car's fiery motor.
Starting from £3,300, the kit is essentially an extension of the already available Chilli Pack, and adds bonnet stripes, 17-inch alloy wheels (in black or silver) and an aerodynamics package borrowed from the performance-oriented JCW, including its large rear roof spoiler.

Sports suspension is included on all models except entry-level One and One D.

In addition, the interior also benefits from a sporty makeover, with new sports seats complete with diamond quilting making an appearance. They're available trimmed in both cloth or leather and are complemented by unique headlining and piano-black interior trim. An interior lights package, new floor mats and door sill finishers borrowed from the JCW version complete the makeover.

While Cooper S and SD customers can specify the Sport Pack for £3,300, those ordering Cooper and One models will need to stump up £4,300 and £4,500 respectively, because of the additional upgrades in kit. However, Mini claims the Sport Pack will improve residual values of models by as much as 25 per cent.

Mini Sport Pack increases appeal of Cooper hatchback
Up Next