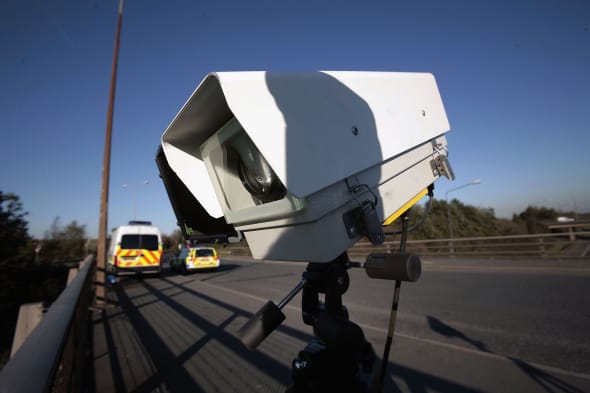 Newly introduced motorway speed cameras – dubbed 'stealth cameras' because of their grey colouring – may now have to be painted yellow after roads minister John Hayes ordered a review into their use.
Concerned that motorists may be being caught unawares, Mr Hayes has instructed the Highways Agency to review both the colour of the cameras and the use of signs to alert drivers to their presence.

Currently the cameras – which are being installed on 'smart motorway' sites across the country to enforce variable speed limits – are painted grey, prompting accusations that they are for revenue generation rather than road safety.

Cameras in use on a section of the M25 in Kent have been operational for just two months, though have already caught in excess of 600 speeding drivers.

A further six stretches will get the cameras over the next two years, including parts of the M1, M3 and M6. A further 15 sites are also being planned.

Mr Hayes told The Telegraph: "I have been concerned about 'stealth cameras' and have ordered a review as a matter of priority to look at exactly where they are, what they are being used for and how they are signed. That includes the colour of them.

AA president Edmund King cast doubt on the effectiveness of motorway speed cameras, telling The Telegraph: "[Drivers] should be concentrating on the road ahead. You are also getting people braking when they spot these poles. It can actually appear more dangerous than when you have smooth-flowing traffic.

"Motorways are our safest roads. Are we going over the top when really we should be concentrating on where the majority of accidents happen, which is actually on rural roads and lower speed roads?"

What do you think of the introduction of speed cameras to stretches of Britain's motorway network? Have your say in the comments section below.
Tags
Read Full Story Click here to comment