Historic race cars up for sale at Race Retro auction 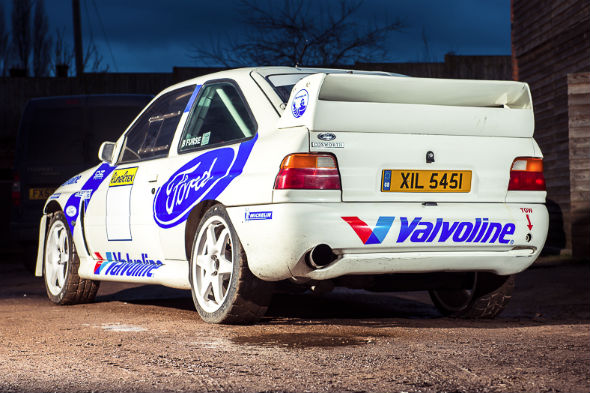 Classic cars my be known for accelerating more slowly and being capable of lower speeds around corners than their modern counterparts, but get your hands on one of the retro racers up for sale later this month and a lack of speed needn't be the case.
Whether you're after a Group N Ford Escort RS Cosworth rally car, a 1995 Audi A4 touring car, or even a 1946 V8 'Midget', speed should not be in short supply. All of these cars and many more are set to go under the hammer at Silverstone Auction's Race Retro Classic Car Sale on February 21 near Coventry.

More recently, the Quattro also took part in the 2014 Goodwood Festival of Speed. This machine is being sold with a spares package including 10 spare wheels and tyres – including a set of wet tyres – a set of body panels, front and rear bumpers and brakes.

If rallying is more your thing, another motorsport monster up for sale is a 1994 Escort RS Cosworth expected to sell for between £16,000 and £22,000. This Escort has genuine rally heritage, taking part in the Kerridge National Rally 1995 along with the Rally of Wales 1996 and 1997 Bulldog Rally.

Also appearing in the sale is a 1946 V8-60 Midget Racing Car. This hot rod-style machine boasts a V8 motor – albeit kicking out a meagre 60bhp – and took part in midget racing, which dates back to 1930s and 1940s America.

This informal motorsport saw cars race around football and baseball stadiums, at county fairs, quarter-mile ovals and even on tracks carved into cornfields. Designed as a budget option for cash-strapped midget racers, this machine is likely to sell for in the region of £15,000 to £20,000.