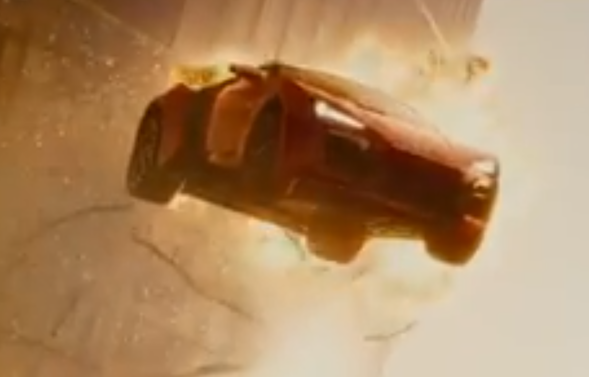 It wasn't just car manufacturers trying to outdo each other come the Superbowl half time show yesterday; car fans were treated to a teaser for the latest installment of the Fast & Furious franchise.
This seventh instalment of the illicit car racing series is the first to be made since leading man Paul Walker's fatal car crash, in Los Angeles two years ago. It is yet to be seen how the producers will write out his part, as the actor died midway through its production.

What we do know is the new antagonist is British hard man Jason Statham, who thankfully hasn't been forced to wheel out his atrocious American accent for the role. He'll be going up against a familiar cast that includes Vin Diesel, Ludacris, Michelle Rodriguez and WWE star Dwayne 'The Rock' Johnson.

The trailer reveals all manner of high-octane stunts, with the plot line seeming to edge further and further away from reality. At least the cars have moved on from chavved up Toyotas and Hondas to some rather more exotic metal. Check out the trailer below and see how many supercars you can spot.

Fast & Furious 7 opens in cinemas across the UK on April 10.