Watch OAPs get to grips with GTA5 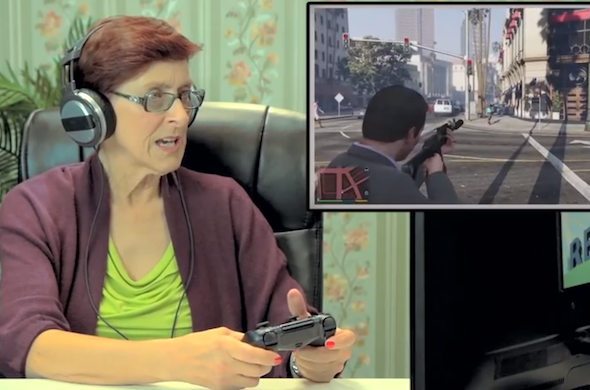 What happens when pensioners are given the opportunity to play Grand Theft Auto V? YouTube channel React put it to the test, giving them only information about the basic controls before unleashing them onto the streets of San Andreas - and the results are awesome.
Most of the silver-foxes had heard about the game (and its notorious content) beforehand and seemed quite apprehensive about it all, but it does not take long before they get into the groove - stealing cars and causing mayhem.

However, some just can't seem to shake their Highway Code, and attempted to abide by the laws of the road, stopping at junctions and waiting for traffic lights to go green - a near impossibility in this game.

But give them a gun and it turns out that sweet, innocent OAPs can be quite ruthless (just listen to their laughs) in the virtual world of gaming, and they like to swear too.

In the end most of them seemed to enjoy the experience, though they still wouldn't want their grandchildren to play.