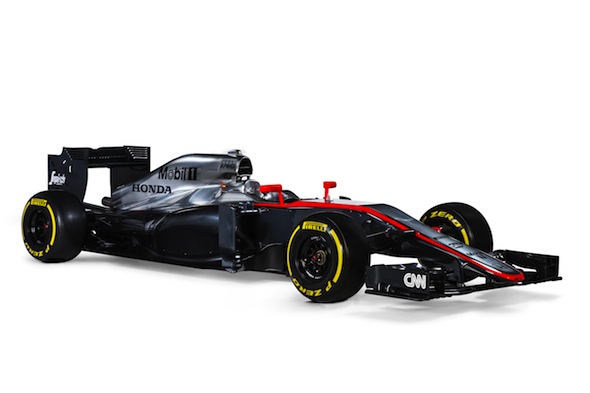 McLaren has unveiled its latest Formula One machine, the MP4-30, which Fernando Alonso and Jenson Button will be testing for the first time at Jerez, Spain, this weekend ahead of the season's first race in Melbourne in March.
Returning team member Fernando Alonso will be the first to hit the track in the MP4-30 and has already been noted as 'one to watch'.

The team say that the car has been significantly developed over the winter, partly thanks to an ex-Red Bull aerodynamicist joining the team last September. The most noticeable addition is the red lipstick line running around the car. However, the main technical changes we can see from these pictures is the new nose-cone shape and slimmer rear-end, though underneath the Honda engine sits the brand-new RA615H hybrid power unit. 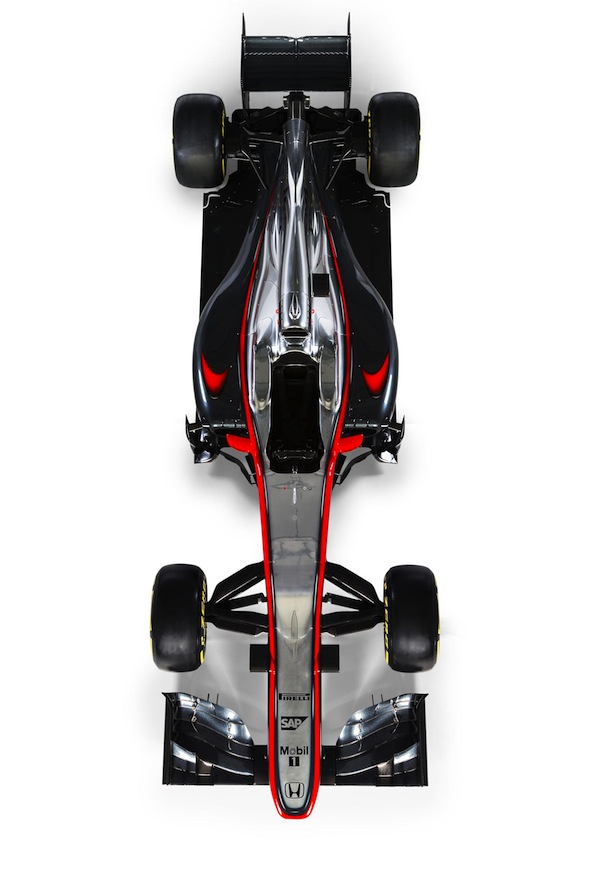 
The collaboration between Honda and McLaren has previously sealed 44 victories and eight world championships between 1988 and 1992. However, McLaren has admitted that the partnership is still 'a work in progress'.

Ron Dennis, the McLaren Group's chairman and CEO, said: "Although our renewed alliance (with Honda) began again many months ago, the launch of the McLaren-Honda MP4-30 marks the start of a lengthy journey," reported Formula1.com.

He added: "We've come a long way already and, although there's a lot of work to do before we can expect to repeat the level of success we enjoyed together 25-or-so years ago, it's already clear that there's enormous synergy and potential in our partnership, and I'm positive that, together, we'll get to where we want to be: winning Grands Prix and eventually World Championships as McLaren-Honda."
Tags
Read Full Story Click here to comment