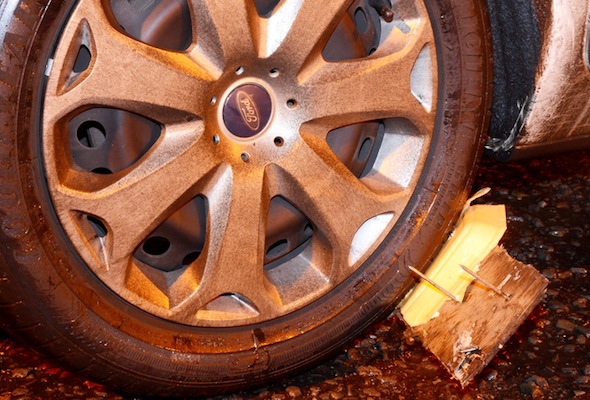 Commonly used by police in high-speed pursuits to bring cars safely to a halt, stinger devices are normally constructed from a lightweight plastic or steel frame embedded with rows of hollow spikes. When a tyre rolls over the spikes, it is punctured with the air let out gradually, allowing the car to stop safely.

Sheppard's device, however, was rather more crude, being made from plywood with nails hammered through it.

Warned by Judge Martin Picton at Bristol Crown Court to expect a prison sentence, Sheppard admitted three charges of conspiring to commit criminal damage, reckless to endanger life. She has been remanded in custody until February 24.

Avon and Somerset Police said: "Emma Sheppard placed these purpose-built devices in the road, knowing full well what the consequences could be," the BBC reported.

"They posed a serious risk to our police officers as well as other road users and formed part of a reckless and dangerous plan."
Tags
Read Full Story