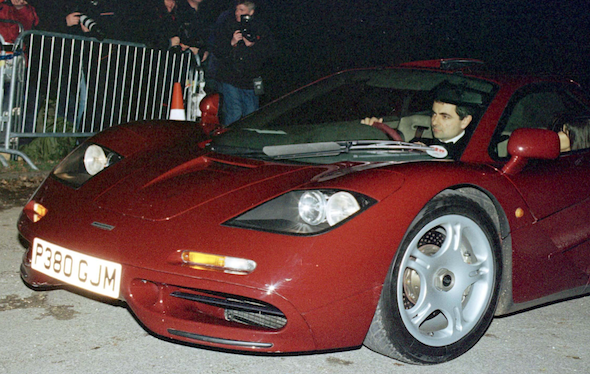 He may be best known for terrorising a three-wheeler from the front seat of a Mini as his alter-ego Mr Bean, but Rowan Atkinson has hit the headlines this week due to a rather different car, after putting his rare McLaren F1 up for sale.
Mr Atkinson acquired the Woking-built supercar nearly two decades ago, after the success of the Bean movie in 1997.

"I bought it for the quality of the thinking that went into its design, and now it has become a thing of value, it is time for it to be enjoyed by someone else," he told the Daily Telegraph.

Considered to be amongst the finest sports cars ever made, prices for F1s – of which only 65 road-going versions were ever built – have climbed steadily since production started in 1992. 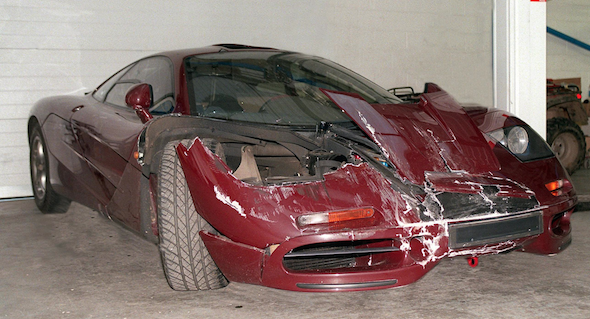 
As such, Atkinson's burgundy example is expected to attract offers around the £10million mark, despite it having previously been crashed. In 2011, Atkinson collided with a tree and lamppost on the A605 in Cambridgeshire. The £1million cost of repairs –picked up by the car's insurer – were the highest ever recorded in the UK at the time.

Unusually for such a valuable and high-performance supercar, Atkinson has made extensive use of his F1, and has clocked up around 41,000 miles – much of which has been on mundane driving to the shops and on the school run. The car also played a starring role in Top Gear, which put it in a drag race against the Bugatti Veyron, which you can watch below.