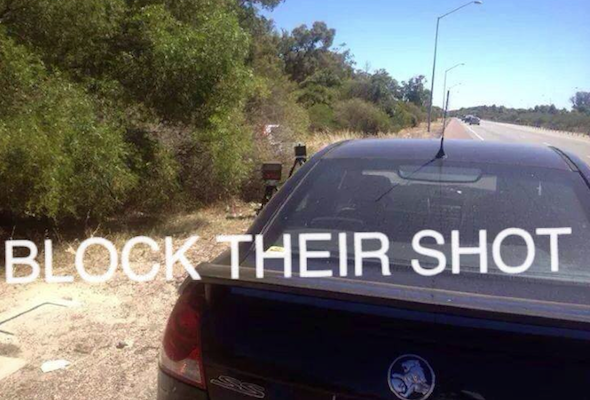 A Facebook campaign named 'Block Their Shot' has been set up by Australian motorists, encouraging drivers to fake road accidents to block the view for mobile police camera vans.
The Australian Government are, as expected, not happy about the social media campaign that now has over 47,000 likes. Duncan Gay, New South Wales road minister, did not mince his words speaking about people taking part in the campaign to the Australian Daily Telegraph: "I hope these idiots grow up so I don't have to put draconian fines in place. If they don't stop this stupidity I will take action."

The campaigners, however, feel that the speed cameras are not there to make the roads safer and save lives, but rather they are only there to generate revenue, with the authorities placing cameras in places that are not heavily affected by accidents.

Last year the monthly revenue raised in New South Wales from speeding tickets rose by almost 80 per cent even though the use of mobile speed cameras was up by only 20 per cent and the total of road fatalities went down eight per cent, fuelling arguments made by the Block Their Shot campaigners.

But it is not just the government that is unhappy with the blocking of speed cameras; other motorists feel that the campaign is putting lives at risk as cameras are placed in some of the country's worst accident spots.

Professor of road safety, Raphael Grzebieta told the Telegraph: "The people pictured on the Facebook site are hindering safety by encouraging people to break the law. If people don't think they will not be caught by the cameras, they may think about speeding."