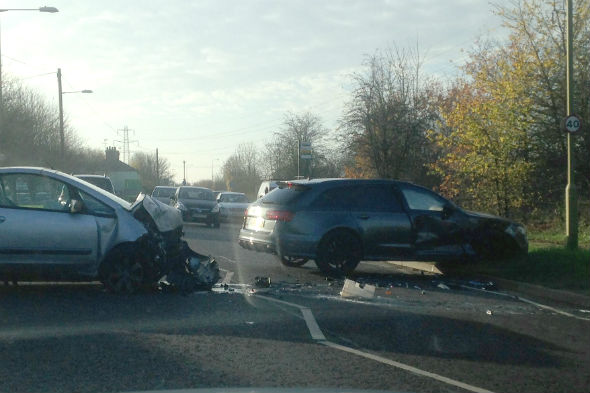 A written off car driven by football legend David Beckham has now appeared for sale on eBay at around half its original price. Beckham and his eldest son Brooklyn were involved in a collision with a Mitsubishi Colt CZC back on November 29, after the former footballer had picked up Brooklyn from Arsenal's London Colney training ground in Hertfordshire.
The £80,000 Audi RS6 estate was written off in the crash with the force of the smash being severe enough to activate the airbags. While 39-year-old Becks suffered minor shoulder injuries, 15-year-old Brooklyn was unharmed.

Following the crash the car has been put up for sale on eBay as an "ex celebrity car" with a price tag of £42,995 – around half the figure that Beckham is believed to have bought it for. The advert describes the car as having covered just 3,000 miles and being "top spec with all the optional extras" including 21-inch alloys, a diamond cut leather interior and sat nav, reports the Daily Mail. 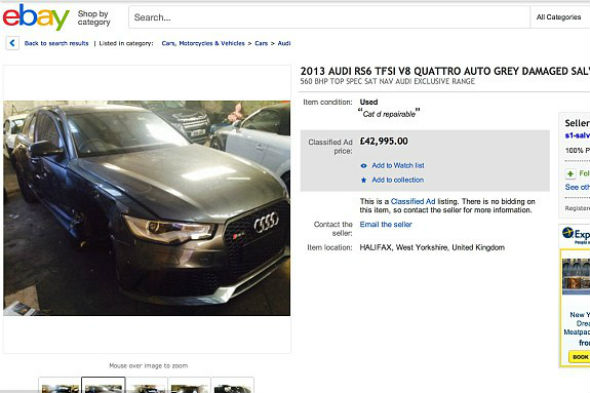 Pictures on the listing show damage identical to that sustained in Beckham's crash last November, with the seller claiming to be located in Halifax, Yorkshire. An eyewitness at the time said: "Beckham was turning right and mustn't have seen the other car, or realised how fast it was travelling," reports the Mirror.

"She smacked into the side of him. It's a miracle no one was seriously hurt. Beckham was massively apologetic."

Classified as a 'Cat D' write off Beckham's Audi was written off and believed to be sold on to a salvage company, as the damage caused was deemed to cost more to repair than the value of the car in insurance terms.
Tags
Read Full Story Click here to comment