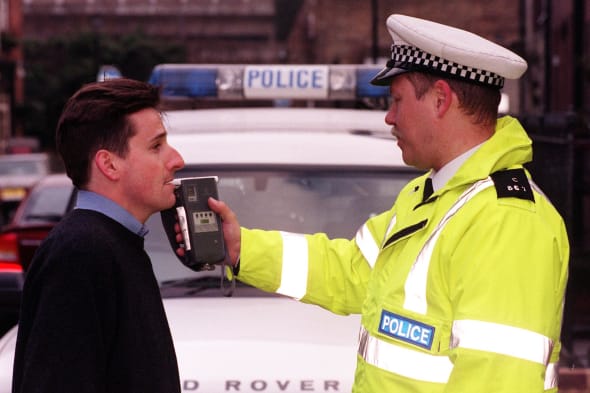 Police officers will now be able to test drivers for drugs at the roadside, after the Home Office approved the use of a new mobile testing device.
The DrugWipe 3S will now be rolled out to forces across the country after the technology was approved by government scientists. It can analyse a sample of saliva for cocaine and cannabis – two of the UK's most popular recreational drugs – within as little as three minutes.

The new kit will allow police officers to deal with drug-driving offenders at the roadside, rather than having to take them to a police station for a blood test. This is likely to see a rise in the number of successful convictions of drivers caught under the influence.

Police minister Mike Penning told The Telegraph: "Drug drivers are a deadly menace and must be stopped.

"Those who get behind the wheel while under the influence of drugs not only put their own lives at risk, but also those of innocent pedestrians, motorists and their passengers.

"That is why I'm delighted to announce that I have type approved the first mobile drug testing device for use by the police.

"This device is a big step towards bringing more drug driving criminals to justice."

The Home Office is yet to approve a more advanced version of the DrugWipe, which can detect a wider range of illicit drugs, such as heroin, amphetamine and ecstacy. Any driver giving a positive sample will be taken to a police station for a blood test, which will form the basis of any prosecution.

To coincide with the roll-out, a new drug driving offence will come into effect in March, which will introduce a penalty of up to six months' imprisonment, 12 months' driving ban and a fine of up to £5,000.

What do you think of the new tool in the fight against drug driving? Have your say in the comments section below.
Tags
Read Full Story Click here to comment