Why do shops play music? Are they manipulating you? 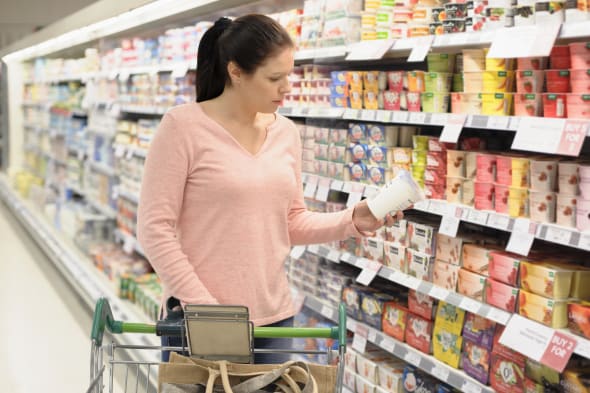 There's no getting away from music when you're shopping. Wherever you go, you are subjected to an assault on your senses and forced to listen to tracks you wouldn't go anywhere near in any other circumstances. There's no getting away from it either, because whether you're just trying to do a supermarket shop, or popping out for a bite to eat, the music is everywhere.

What makes the whole thing particularly unbearable is that the shops are doing this to manipulate their customers - so they can make more money from you.

The general theory behind playing music in shops relates to mood. The idea is that pleasant music puts us in a better mood, and that mood drives purchasing decisions. In 2005 a study by Maureen Morrin, a psychology professor at Rutgers University in New Jersey, found that even when people didn't think their mood was particularly affected by the music playing in the shop, they reliably spent more on impulse purchases when music made the surroundings more pleasant.

Of course, one person's perception of 'pleasant music' is very different to another's, so there is now a large body of research into the kinds of music retailers ought to play in order to get the best possible outcome.
%VIRTUAL-ArticleSidebar-shopping-guide%
Volume

The researchers have found that playing loud music will reduce the length of time people spend shopping. A study by Thomas van Straaten, a Music Marketing Development and Research Manager with Mood Music, used a virtual supermarket developed by the Wageningen University to discover that people spent more time in a shop where soft music was playing - silence and loud music both hurried them along. Those who stayed longer spent up to 15% more time in the store, and spent up to 33% more.

He argued that this is because we can only take a certain amount of sensory input, so if the noise starts to overload us, we will shop quickly and leave. It means that stores will tend to keep the volume down. By contrast, fast food restaurants, will want to get you in and out as quickly as possible, to free up tables, so will play loud music, keep the lights bright, and decorate in loud colours, so that you are overwhelmed more quickly and feel the urge to move on.

Complexity of the music

Similarly to volume, the complexity of the music will affect how much sensory stimulation you get from the music in a store. If you have too much stimulation, your brain will tell you it's time to leave, so if a shop needs to keep customers browsing for longer, or happy waiting in line, they don't just have to keep the volume down, they need to go for simple tracks too.

Music affects your biorhythms - so fast music will increase your heart rate and breathing slightly, making you want to shop faster (or eat faster) and leave more quickly. A study by Ronald Milliman, Professor of Marketing at Western Kentucky University, published in the Journal of Consumer Research, found that the speed that people move through supermarkets can be controlled by the tempo of the music. Slow music, he said, slowed shoppers and led them to spend a third more.

A separate study by Milliman found that music also changed how quickly people ate. Fast music would keep tables turning in a fast food joint, but in a restaurant slower music encouraged people to stay longer and buy more alcohol.

Interestingly, Milliman's studies revealed that people didn't have to notice the music in order for it to affect their behaviour.

The style of music a store selects will have a lot to do with the shoppers they are trying to attract. Research by Yalch and Spangenberg in 1990 compared the effect of playing easy listening music to the impact of top 40 tracks. They found that customers under the age of 25 wanted to leave a shop more quickly when they were made to listen to easy listening. Meanwhile, those aged 25 and over, would leave faster when Top 40 tracks were playing.

This is why stores who want to appeal to as wide an audience as possible, won't play popular tracks that could rub some people up the wrong way. Instead they will employ experts to devise musak to broaden their appeal to as many shoppers as possible.

But what do you think? Does music affect you in shops? Do you think slow, quiet musak would make you spend more? Let us know in the comments.

Calm down deer: doe found wandering round a supermarket