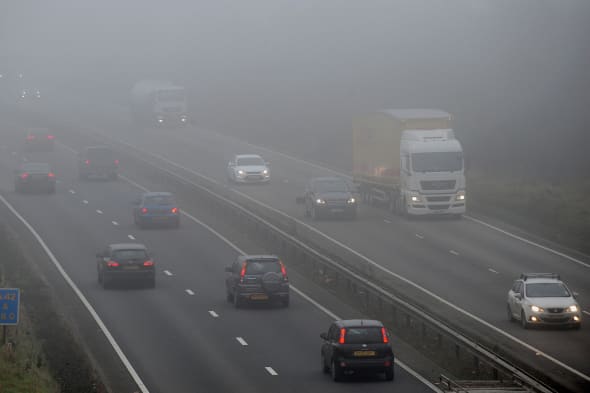 Concerns have been raised over government plans to introduce a new generation of speed cameras to Britain's 'smart' motorways.
The new digital cameras will be used on variable speed limit sections of motorway, such as the M6 near Birmingham, to catch drivers exceeding the 70mph speed limit.

Previous studies on driver behaviour on motorways has shown that up to 95 per cent of motorists admit to speeding. However, many speed cameras currently in place on the motorway network are only activated by vehicles travelling well in excess of 70mph.

The new cameras, which form part of the Highways Agency's strategy to maximise traffic flow on busy motorways, will be painted grey, rather than the traditional yellow, making them more difficult to spot.

Their introduction onto a stretch of the M25 in Kent led to nearly 700 drivers receiving fines and penalty points in just over two months, the Telegraph reports.

Critics say the new cameras have nothing to do with road safety, but are merely another form of revenue generation for the government. While the M25 already has the cameras installed on its busiest stretches, the M1, M3, M6 and M60 are all due to have the system fitted.

"The 70mph limit is not a speed that a lot of people bother to observe any more," Roger Lawson, of the Alliance of British Drivers, told the Daily Mail.

"It was originally brought in as an experiment and was made permanent without any real testing. It was brought in at a time when the stopping power of cars was a bit like stopping an oil tanker, and the maximum speed of most cars was 74mph. We've moved on now; some 50 years later we have cars that stop much more quickly.

"The amount of traffic that exceeds the 70mph limit is enormous. Most people are driving at 80mph on motorways, and these are our safest roads in the country."

A spokesman for the Highways Agency said: "These are not stealth cameras, they are more visible than they were before. These motorways are not about speed limits. They are about smoothing the traffic flows and increasing capacity."

Do you think the new motorway speed cameras are a good idea? Have your say in the comments section below.
Tags
Read Full Story Click here to comment