Southern Rail's Brighton to London service is the worst in Britain 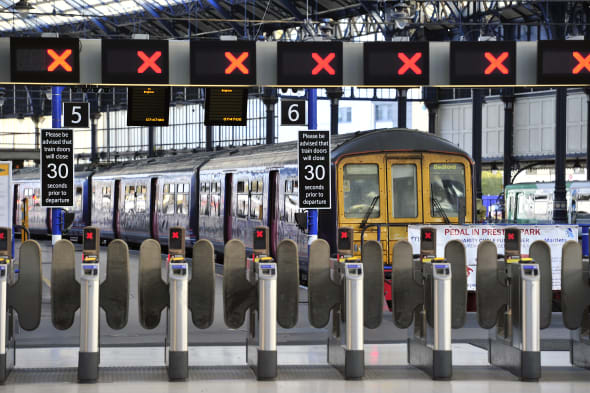 Figures reveal that the train failed to arrive on time on any occasion out of 240 attempts in 2014.

The service is on of Britain's busiest commuter trains, reports the Telegraph. It is scheduled to arrive in London at 8.35am in time for a 9am start at work.

Southern Rail's managing director David Scorey admitted that they are not delivering the level of performance customers expect, the Evening Standard reports.

"We are delivering in a lot of areas, including investment and innovation, but not on performance. We're doing more in that area, that's a major area we're focusing on", he said.

"Our network is very busy and congested. An analogy that I'd use is the M25 at its busiest time.

"Our network is a bit like that and what we're trying to do is run as many trains as we can because the capacity is needed.

"But it does mean that trains are running very, very close together - particularly as they approach London.

"If there is the most minor of problem or delay on a train, another train can be thrown off its path or slot on the network by a couple of minutes which can sometimes then snowball a little to five or six minutes late.

"We've identified some issues with the 7.29, with the way it interacts with other services, but the timetable and the capacity demand is so intense that some of the options of what we can do are quite limited."

Southern Rail's Brighton to London service is the worst in Britain
This Edwardian station was built in the early 1900s and is operated by East Midlands Trains. 59 per cent of people surveyed said they were satisfied with the station - a low score which ranked it bottom for both cleanliness and facilities in the Passenger Focus National Passenger survey.