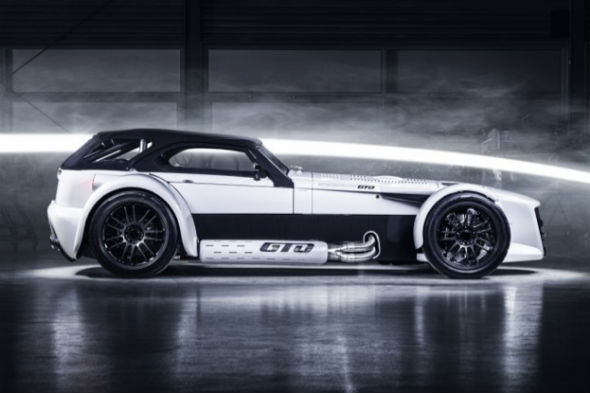 If you have a pathological need for speed, there are two ways to get your fix: get a really powerful car, or find a really light one. If normal levels of speed aren't enough, though, do both. That's the recipe behind Holland's latest sports car offering, the Donkervoort D8 GTO.
This savage beast takes the Caterham technique of adding lightness and augments it with a faintly ludicrous amount of turbocharged Audi power under the bonnet. Courtesy of a musical 2.5-litre turbocharged five-cylinder engine, this monster pumps out a whopping 380bhp in 'performance' form.

Allied to a scant kerb weight of just 695kg – around half that of a Ford Focus – the Donkervoort is fast. Really, indecently fast. The 62mph mark blurs past in a Nissan GTR-matching 2.8 seconds and the D8 slams past 125mph in a spine-snappingly rapid 8.6 seconds.

Clearly that's not enough for the Dutch demons at Donkervoort, though, as they've seen fit to create the D8 GTO Bilster Berg Edition, which slashes 10kg from the already skeletal weight and gains other tweaks to turn the handling up to 11. The just-released Bilster Berg Edition – so-named after it smashed the lap record for a street-legal production car around the German circuit – features go-faster changes including an even stiffer chassis, semi-slick tyres, carbon fibre seats and even 'ultra-light carpets'.

Donkervoort D8 GTO: The fastest car you've never heard of
Up Next