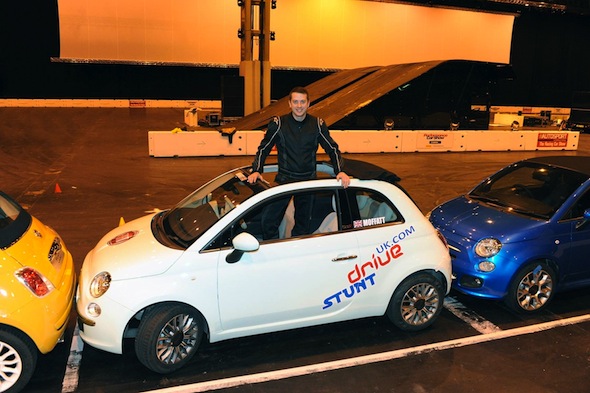 A British stunt driver has re-taken the record for the world's tightest parallel park, after managing to squeeze a Fiat 500 into a space just 7.5 centimetres longer than the car.
Alistair Moffatt, a master instructor at Stunt Drive UK, performed the precision manoeuvre in front of hundreds of spectators at the Autosport International Racing Car show, currently being held a the NEC near Birmingham.

He takes the record from Chinese stunt driver Han Yue, who previously managed to squeeze a new Mini into a gap 8cm longer than the car, last November at a drift championship event in Chongqing, south west China.

Like his Chinese counterpart, Moffatt used a deft handbrake turn to slide the Fiat into the impossibly tight gap. The vehicle used was completely standard, save for a disconnected electronic stability control system and a knob on the steering wheel.

Click play below to see the record-breaking stunt as it happened.