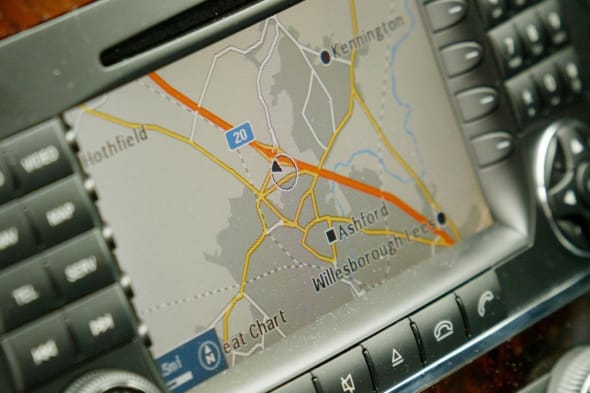 We may all snigger at tales of motorists who drive into lakes because their sat nav told them to, but chances are that you've pulled off some risky manouevres after the voice from your dashboard repeatedly ordered you to "please turn around".
So says new research, which has discovered that 15 per cent of drivers who rely on the dulcet tones of a sat nav for guidance have made some potentially unsafe moves in an attempt to appease the persistent nagging from Mr or Mrs Sat Nav.

Research carried out by road safety charity Brake and Direct Line discovered that seven per cent of drivers have been forced to swerve or slam on the anchors after being distracted by their sat nav, reports Fleet News. Meanwhile, more than one in 10 young drivers aged between 17 and 24 admitted the same.

Listening to sat nav voice commands can prove safer than using a traditional map, however, Brake claims, as drivers can navigate without taking their eyes away from the road. Contrastingly though, other research shows that reliance on sat nav instructions can encourage motorists to drive faster and become less observant, adds Brake.

While sat nav use can make driving easier, it does also introduce new risks, claims Brake's deputy chief executive, Julie Townsend: "Remember, the sat-nav is there to help you keep focused on driving rather than worry about directions, but it's not there to make all the decisions for you.

"Driving is an unpredictable activity, so you still need to look at signs, particularly those warning of hazards or speed limits, and watch for people and unexpected problems."
Tags
Read Full Story Click here to comment