Oil price cuts 'are being passed on to motorists' 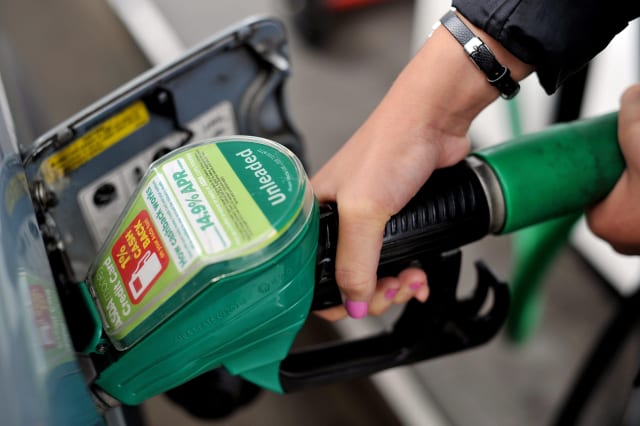 The energy industry insisted deep cuts in global prices were already being passed on to customers after Chancellor George Osborne announced a review of the impact on items such as fuel bills, air fares and the forecourt price of petrol.

Ministers said concerned industries were being watched "like hawks" and officials were examining what action might be taken if a seven-year low in the global oil price was not adequately reflected in what the public was charged.

Mr Osborne welcomed a move by four major supermarkets to cut 2p from the cost of a litre of petrol as the slump left a barrel of Brent crude trading at about 52 US dollars a barrel, the lowest since May 2009, but said more action was required.

Get 3% cashback at major fuel stations with this credit card

After leading a discussion of the issue at Monday's Cabinet meeting, he said it was "vital this is passed on to families at petrol pumps, through utility bills and air fares".

Energy Secretary Ed Davey said: "The Government will be watching energy companies like hawks to ensure falls in wholesale gas prices are passed on as quickly as possible to consumers."

The sector is already the subject of an investigation by the Competition and Markets Authority.

Energy UK chief executive Lawrence Slade insisted cuts in the wholesale price of gas were being passed on in full - with consumers now able to pay £100 less a year if they looked for the best deals.

"Energy suppliers are passing on price cuts to customers.

"When people shop around they can easily find deals that are over a hundred pounds cheaper than this time last year and in line with cuts in wholesale energy prices."

A Treasury spokesman said: "The Government is conducting studies of industries like the utilities and the airlines. We are examining if any action needs to be taken."

Get 3% cashback at major fuel stations with this credit card

Chief Secretary to the Treasury Danny Alexander told ITV News: "The fall in oil price is a benefit to most of the UK economy provided that the benefits are passed on at the pumps, in the cost of holidays and in the cost of heating homes.

"We also need to support the North Sea oil and gas sector because that is adversely affected by this, it is the biggest industrial investor in the UK.

"So, that is why we are also putting in place a more beneficial tax environment.

"But by and large this is a big benefit to everyone else."

Shadow energy secretary Caroline Flint said: "The Tories have had five years to deal with the problem of energy companies not passing on reductions in wholesale costs and have done absolutely nothing about it.

"Labour has consistently said that the regulator should have the power to force energy companies to cut their prices when wholesale costs fall.

"We need action, not another inquiry. If this Government won't put an end to rip-off energy bills and give the regulator the power to cut prices, then the next Labour Government will."

Petrol price could fall below £1 a litre