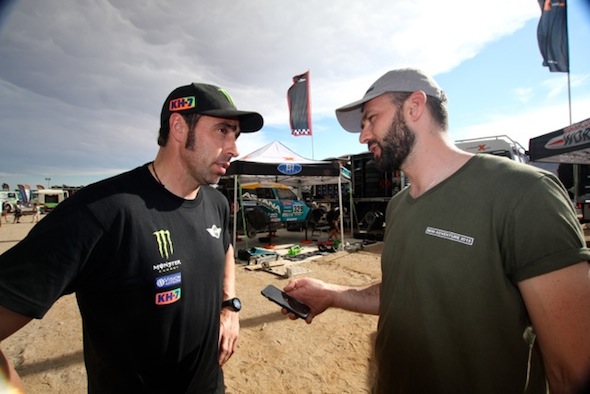 MINI's biggest hope for first place in the 2015 Dakar, Nani Roma, has spoken exclusively to AOL Cars about his disappointment at not being in with a chance of winning this year's event.
The Spaniard lost eight hours in the first day of the rally when an oil pump failed on his MINI ALL4 Racing car - a bitter blow as the experienced driver was favourite to take this year's title and his third Dakar win.

At the service area in Chilecito, at the end of day three - a stage he finished in sixth place - Roma told AOL Cars that he had purposefully backed off the pace.

"My race is over," he admitted. "I cannot make it back.

"This is a real blow, for sure. It is a blow for the team and for me. I try to fight to win, but now it is impossible. I will learn from this by carrying on.

"But I cannot make it back. I will keep racing but I lost eight hours and am out of the title race. It is tough being here now while all the others are fighting for the win - I was to fight to win too so when I lose it is painful. It is a different life for me in this race now and it is very hard." 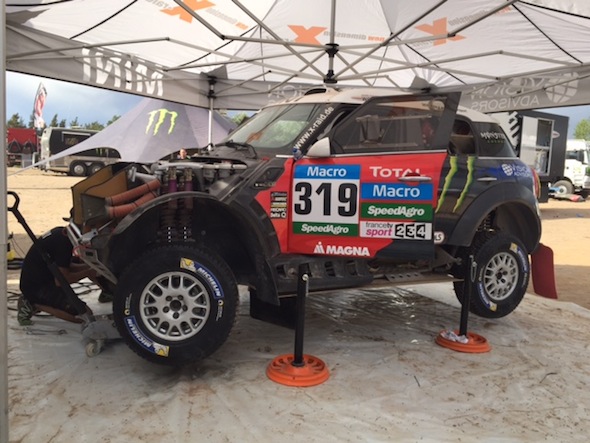 
Roma - and co-driver Michel Perrin - had to be towed back to the service area after the engine problem. The time the duo lost has dropped them outside of the top 50.

"I have backed off now," Roma told AOL Cars. "It is not the same now. Mentally I have slowed down. You lose a lot when you have these problems.

"I will try to do my best every day and we will see where I finish in Buenos Aries in a week.

"The Dakar is so tough. Every day you start early and arrive late - yesterday it was a six hour stage and so hot. I am upset it's over for me."

AOL Cars is halfway through a 10-day crossing of deepest darkest Argentina in MINI Countrymans and this was the first and only time we were set to catch up with the Dakar.

We've been tackling some of the routes and taking in the scenery of the legendary event as we traverse the country with teams from across the world. Read our latest blog here.