AA expects today to be 2015's busiest day for breakdowns 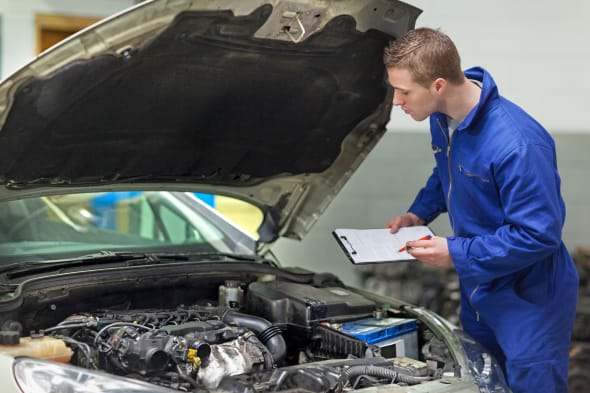 The festive period may be a notoriously unhealthy one for us, but our cars can also suffer, as they spend much of the holiday parked up on the drive, claims the AA. As a result, the recovery service is forecasting that today will be one of its busiest days in 2015, as cars left sitting idle over Christmas are awakened as many drivers return – or at least, attempt to return – to work.
Following the expectation of a 30 per cent increase in demand for its services – with around 19,000 call outs anticipated – the AA has boosted the number of patrols on call. Explaining the increased number of breakdowns, AA patrol of the year Mark Spowage told Fleet News: "The first working day back in January is traditionally the busiest day of the year for breakdowns with flat batteries the main culprit.

"The issue is that many cars get left unused for up to a fortnight in often cold conditions, which causes the power output of the battery to drop."

According to an AA-Populus survey of more than 16,000 AA members, around a third of people will not have used at least one of their cars over the entire festive period, that they will need to use to get to work today.

With many cars expected to fail to start today, a number of drivers may be looking to invest in a new battery sooner than they may have hoped. If your car has successfully transported you to work, however, consider yourself one of the lucky ones.
Tags
Read Full Story