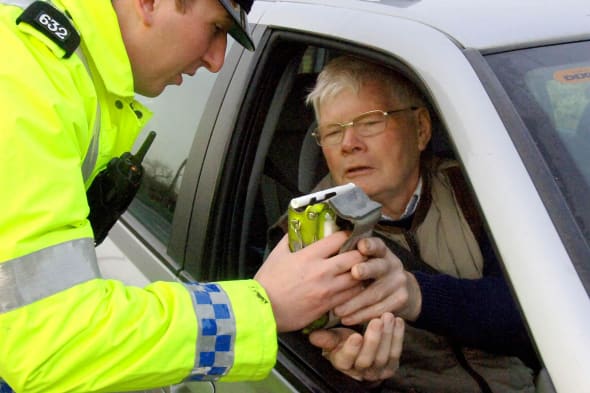 A new roadside test could be used by police as part of a crackdown on drug-driving this festive season. New 'drugalyser' kits give police the ability to test drivers' saliva to detect whether motorists are intoxicated with illegal drugs or legal highs.
Policing minister Mike Penning told The Guardian that those pulled over will not know whether they are being tested for alcohol or other drugs. According to The Sunday Telegraph, the authorities will also be able to determine whether motorists' driving ability has been impaired through the use of prescription medicines, such as powerful painkillers, sleeping pills and drugs supplied to treat anxiety, which can hinder concentration levels.

Penning stated that the new 'drugalyser' kits were approved at the start of December as a method of obtaining the evidence needed to prosecute motorists who are under the influence of various drugs.

He told The Guardian: "This is something that has plagued society for far too long, People will have exactly the same view of drug-driving as they do of drink-driving. It is an abhorrent thing to do.

"Not only do you put your own life at risk, but you put innocent people's lives at risk."

"The answer is, do not drink and drive and do not take drugs and drive, whether they are legal or not."

Under current rules, officers who suspect a driver has taken drugs are required to arrest them and take them to a police station where they carry out a laborious blood test, which must take place under medical supervision. These also allow suspects to wriggle off the blood testing hook if they claim religious reasons or that they are haemophiliacs, which may mean that the drugs have left suspects' bodies by the time they are tested.
Tags
Read Full Story Click here to comment