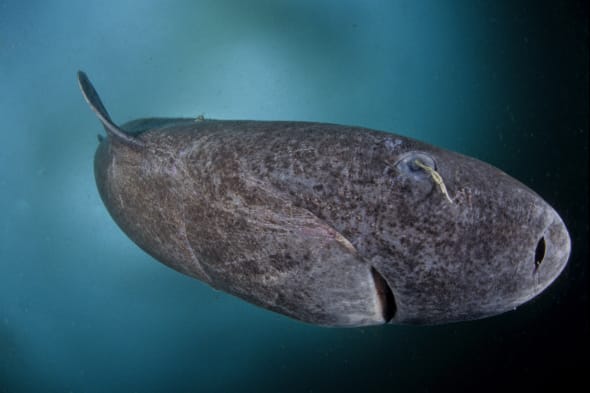 Scientists have been baffled by the appearance of a rare Greenland deep sea shark spotted off the coast of Russia during a survey in Arctic waters.

A Greenland shark has never been seen in the area before and this is the first recorded sighting of the species so far northeast.

The sighting has proved invaluable to researchers as the species remains an enigma.

National Geographic mechanical engineer Alan Turchik says he couldn't believe his eyes when he noticed the shark after watching footage of the nearly barren seafloor for almost three hours.

"I didn't even know there were sharks up there," he says.

According to the National Geographic, the sighting came last year as part of a project documenting the marine biodiversity of Franz Josef Land-a collection of 192 islands north of the Barents Sea.

It measured about 6.5 feet, but as one of the largest shark species on Earth, they are thought to grow up to 23 feet long, the Inquisitr reports.

The sharks have been spotted off the coasts of Canada, Portugal, France, Scotland and Scandinavia, according to the BBC, and researchers believe the sharks may have many other habitats where they simply haven't been spotted yet.

Rare sighting of 13ft shark leaping from sea in Wales