Fuel prices could plummet to less than £1 a litre 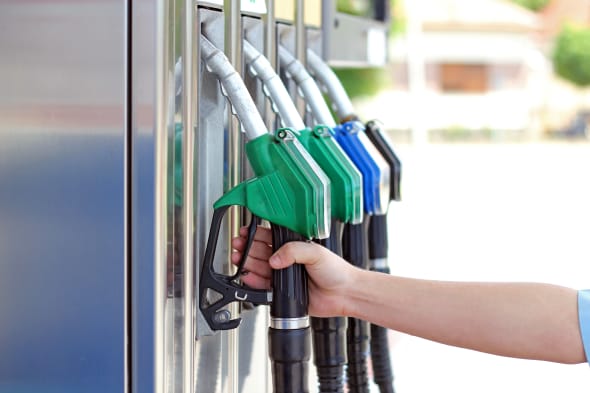 If you've been celebrating the rapidly falling fuel prices, get ready for more good news: the RAC is predicting prices could drop below the £1 mark in January.
Wholesale fuel prices have dropped dramatically over recent months. However, there is still room for further price drops with petrol possibly dropping back below £1, claims the motoring organisation. Should this prediction come true, a litre of unleaded petrol will be at its cheapest level since May 2009, when average prices stood at 97.7p, according to petrolprices.com.

The RAC's prediction has come on the back of prices for a barrel of Brent crude oil dropping below $59. RAC fuel spokesman Simon Williams told the BBC: "Talk of prices going up like a rocket and falling like a feather could not be further from the truth as retailers have been quick to pass on savings at the forecourt."

With average petrol prices standing at 116.9p, drivers are now benefitting from prices that are 14p per litre lower than at the start of 2014, according to the RAC. Diesel, meanwhile, has fallen 16p over the same period. In contrast, petrol prices rocketed by 21p per litre over the course of 2009.

Even if pump prices do sneak below the £1 mark, motorists will still be paying around 13p more per litre than in February 2007 when prices averaged 86.7p per litre, according to petrolprices.com.

Despite falling fuel costs, the RAC warned drivers that the oil market is volatile and fluctuations to the strength of the pound against the dollar or global oil production levels could bump up prices.
Tags
Read Full Story Click here to comment