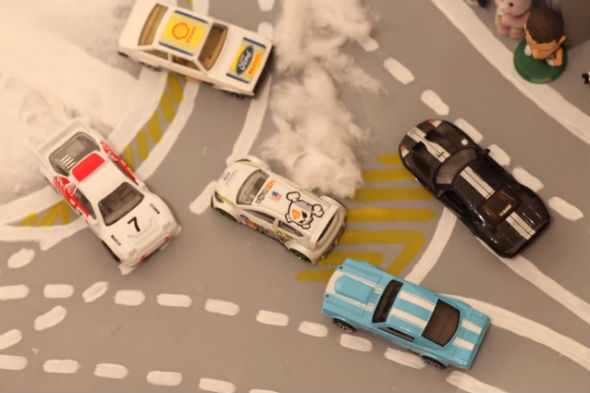 Famous Ford hooligan Ken Block has made his fair share of zany videos, where he pushes his tuned Fiesta to the absolute limit. However, Ford itself has got in on the Gymkhana video action by creating its own stop-motion Christmas video starring a number of toy cars – and cartoon characters – for the third year running.
Not content with just taking inspiration from Mr Block's antics, Ford's video features festive references including the Coca Cola lorry (insert jingle here) and homages to other viral classics including Volvo's Jean Claude van Damme lorry-splits stunt and BMW's synchronised drifting plus too many other references to mention...

Just in case this video doesn't float your boat there are two more Ford 'Snowkhana' videos from previous years to feast your eyes on. Take a look at this year's video for yourself below. Be warned though: lots of cotton wool was harmed in the making of this video: