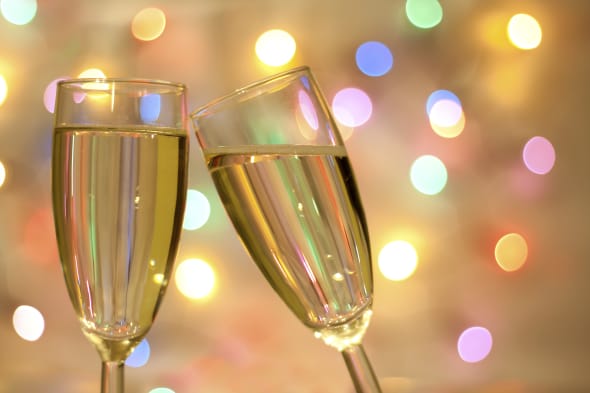 Tesco has taken a bold step into the ridiculous booze market for Christmas. It is selling bottles of Lanson White Label champagne which contain enough champagne for 48 glasses. They are eight times the size of a normal bottle, and are selling for £499 each. It's a first for any UK supermarket, but why would anyone buy it?

In pure monetary terms it's a ridiculous idea. A traditional bottle is on sale at Ocado at the moment for £37.99, so to buy the same quantity of the stuff in a less flashy bottle would set you back less than £304.

Assuming you don't hire a professional to open your ridiculously enormous bottle (which incidentally is called a Methuselah), then there's bound to be an element of frothing over and missing of glasses when you're manoeuvring a bottle of this size.

It means that at least £30 worth of champagne is going to end up on the floor. When a mystery billionaire splashed out on a £35,000 Methuselah of champagne at a London hotel in 2010, he was reported to have spilled about £4,500 worth of it in the first few minutes.

In quality terms it's technically better for the wine to be served in big bottles, because the oxygen-to-wine ratio is lower, so wines age more slowly and have better maturation. However, in practical terms, in the absence of a practiced sommelier, you're going to end up taking the best part of an hour pouring the wine, which will mean the last people to be served risk ending up with warm dregs.
%VIRTUAL-ArticleSidebar-shopping-guide%
Perhaps unsurprisingly, this is a special deal in four London branches frequented by city workers and bankers: Bishopsgate, Tooley Street, Canary Wharf and Cheapside.

There's a good chance it will feature at a couple of office parties, and plenty of New Year celebrations of the kinds of people who can afford to spend £499 on making a statement at a party.

Tesco tweeted yesterday that they would be perfect for Christmas parties. But what do you think, does it appeal to you?

Iceland's £5 lobsters are selling out