Aldi wins the battle for the cheapest turkey 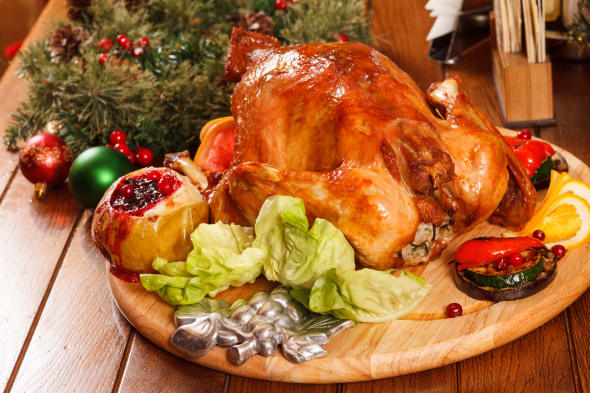 Cheap Christmas food and drink could be on the menu this year. Last month we investigated the cheapest supermarkets for Christmas, and decreed that although the discounters offered some of the best bargains, a great deal depended on the cost of a fresh turkey - which most of the supermarkets hadn't yet released. Now most of their turkey prices are public, and Aldi has stormed to the top of the table.

The prices have been crunched by moneysavingexpert.com, and revealed by the Daily Mail. They looked at the cost of a premium bird (usually free range or organic), standard fresh turkeys and frozen ones.

The cheapest
%VIRTUAL-ArticleSidebar-deals%
Aldi took the top spot in the premium department, with a Specially Selected medium bronze free range turkey to feed 8-12 for £22.99. Asda took second place, and The Co-operative was third.
%VIRTUAL-ArticleSidebar-shopping-guide%
In the standard fresh turkey category Aldi won again, with a medium fresh whole British turkey for £17.99. Again Asda took second place, with Co-op third and Morrisons fourth. And in the frozen section, Aldi took the top spot, followed by Asda, the Co-op, Farm Foods, Lidl and Morrisons.

When these figures are added into our roundup of the cost of a trolley, it causes major turn-around.

Before the turkey was factored in, Morrisons was cheaper than Aldi for Christmas. However, when you include the price of the turkey, there's a big switch, and Aldi comes out cheaper.

There is one major caveat, however. In all of the turkey categories Lidl had not released its prices - so could not be included in the comparisons. If it can come in as reasonably competitive (even if it's not the cheapest) it will take the crown for cheapest supermarket for your Christmas shop.

We'll have to wait until Thursday 18th December, when turkeys arrive in Lidl stores, to discover whether it can push Aldi off the top spot.

Even if it doesn't, it's worth bearing in mind that our research in November showed Lidl was particularly competitive when it came to fresh festive vegetables, so it may be worth an extra trip in order to save a few pounds on the veg.