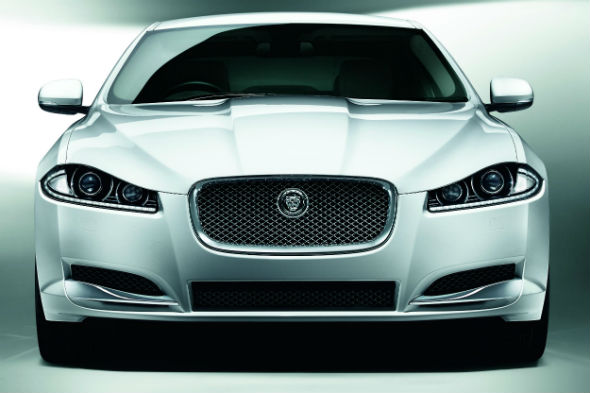 Jaguar and Land Rover have been beavering away updating their model ranges in recent months, with the introduction of the Jaguar XE and the Land Rover Discovery Sport, which are both expected to sell in larger volumes than previous models.
However, Land Rover has also been busy updating its popular XF executive model to capitalise on the interest surrounding the smaller XE saloon, which is mooted to double Jaguar's current global sales in 2015 to around 160,000 cars.

Set to be unveiled at the New York motor show next April and going on sale in early autumn, this all-new model is expected to feature a lightweight aluminium structure and styling that draws heavily on the XE – inside and out – as the brand tries to build a more recognisable image around the world. Reports suggest that the new car should offer sportier handling than before too.

Insiders have suggested that the upcoming XF will feature sharper styling than the model in showrooms today with proportions that will mimic the XE's coupe-esque style. One insider told Autocar: "In this segment, brand recognition is everything. If you own an Audi, you want people to know you own an Audi, and not everyone can look at an XF today and say: 'That is a Jaguar'."

The insider continued to say that while Jaguar models are relatively well known in the UK, this is not the same case in other markets: "As we push into new markets and the XE draws in new customers who have never bought from us before, it's increasingly important people see our cars and know they are a Jaguar."

Also on the agenda is a reduction in weight, while also addressing criticism of the current XF's rear legroom and boot space. The current XF is around 50kg heavier than German rivals. However, the new model's structure should save up to 100kg, while new engines are up to 80kg lighter than those they are replacing.

As a result of this weight saving, the company intends to focus on making Jaguar a sportier brand than it has been previously, moving into the territory that BMW used to inhabit, before it sought to sell more mass market products, reports Autocar.
Tags
Read Full Story Click here to comment