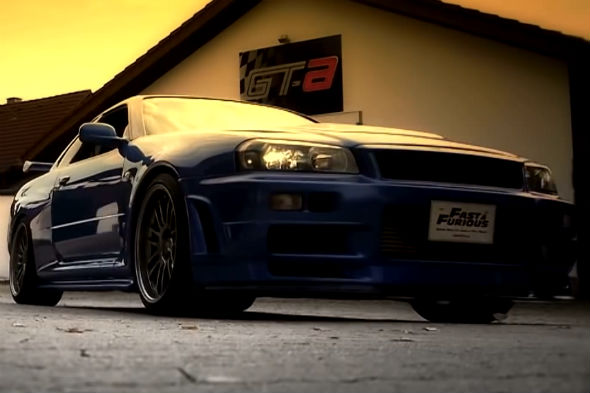 The Fast and the Furious franchise may seemingly be on its fiftieth installment but even the most hardened of F&F fans can't ignore the square, chunky beast that is the R34 Nissan GT-R.
Starring in the fourth F&F film with actor Paul Walker – who died in a car crash last November – at the wheel, this GT-R is no ordinary Nissan and is now up for grabs for those with big money to spend.

The 2.6-litre twin-turbo motor nestling under the bonnet of this special trademark blue machine has been boosted up to a substantial 550bhp while this GT-R has covered a mere 6,000km.

Video: Paul Walker's Fast and Furious Nissan Skyline for sale
Up Next


Asides from the massaged engine, upgrades over the standard car include Nismo lowering springs, which give it a mean hunkered down stance, a custom roll cage, slick 19-inch alloy wheels and oversized brakes front and rear, while the rear seats have been ditched in the name of cutting weight.

Have a look at the video below to see the car in all its glory: