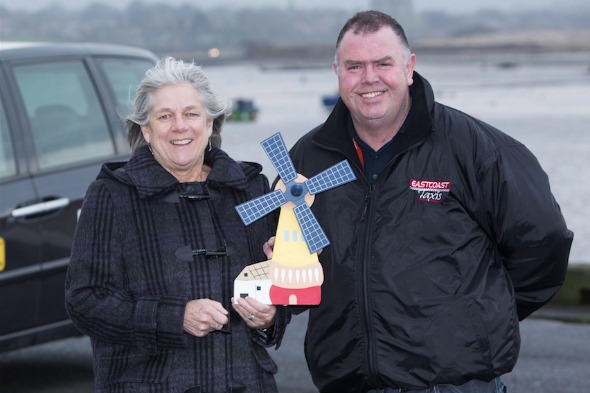 The Chronicle reported that he had been giving Hazel Lindley from Felton near Morpeth a lift home from Newcastle Airport, and when he was loading her bags he accidentally put something on top of a wooden windmill ornament she had picked up in Holland - and broke it.

He told The Sun newspaper that once he tracked one down at the Bloemenmarkt, he guarded it with his life until he made it back to the UK. Hazel told the papers she was overwhelmed by the customer service.

There's every chance that the exercise was a marketing stunt, and that Irwin knew that the column inches the story would generate for the business would offer more publicity than he could ever buy for the cost of sending a taxi to Amsterdam.

However, if a marketing stunt ends up with a great result for everyone concerned, then it's the kind of stunt that everyone loves.
%VIRTUAL-ArticleSidebar-Holidays%

We have seen a few examples that have captured the world's imagination. In July this year TD Bank in Canada decided to turn some of its ATMs into Automated Thanking Machines. Everyone using the machines was given $20 to thank them for banking with the brand, and a number of selected customers received incredibly lavish gifts. So, for example, one customer was given tickets to Trinidad so she could visit her daughter who was suffering from cancer and had just been through an operation. A video of the campaign has been viewed more than 17 million times online.

Last Christmas WestJet had a similarly successful tear-jerker of a campaign. They installed a booth with a virtual Santa in one airport lounge, so customers could record what they wanted for Christmas. Then while they were in the air, staff shopped for the gifts, so that when they went to the luggage carousel on arrival they received exactly what they had asked for. The gifts included everything from a pair of socks to a widescreen TV. The campaign has been viewed on YouTube more than 36 million times.

And in October last year, taxi ordering app Uber decided to cash in on National Cat Day. For the second year running it offered its users in New York, San Francisco and Seattle the chance to order a kitten to be delivered for 15 minutes of play - at a cost of $20. Proceeds were donated to a cat shelter and all the kittens were available for adoption.

A free cat with every mortgage: odd cat promotions