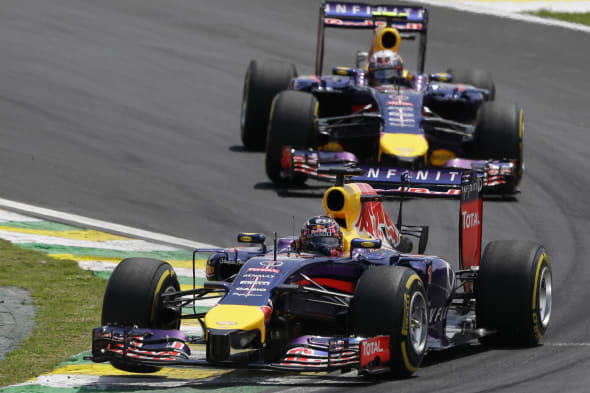 Formula One has been shrouded in controversy following Jules Bianchi's serious crash last month and the near-bankruptcy of several teams.
The latest possible change to the grid lineup, though, could see Ferrari and Red Bull running three cars each in the 2015 season, though F1 boss Bernie Ecclestone has refused to confirm this, as the fate of struggling Marussia hangs in the balance.

Two of the biggest F1 teams – Red Bull and Ferrari – have said that they would run three cars next season if asked, taking up the grid positions of beleaguered teams Marussia and Caterham, writes the Times.

Ecclestone, however, denies that Red Bull and Ferrari have been asked to field an additional car each next season, though he reiterated that this is allowed in the sport's regulations.

Responding to questions over the possibility of a three-car team, Red Bull Boss Christian Horner told Sky: "If the numbers drop below a certain number - which I think is 16 - we are obliged to run a third car, that is in our contract. But that is not the case and we haven't been requested to.

"We hope all the teams will be there and support a full grid of two-car teams. We want a healthy grid, healthy racing and competitive racing."

As for the teams at the other end of the grid, administrators have announced that Marussia will be forced to fold, though the company's chief has insisted that the company can yet be revived. Caterham, meanwhile, has started a controversial crowd-funding scheme in a last ditch attempt to make the grid for the F1 season finale in Abu Dhabi.
Tags
Read Full Story