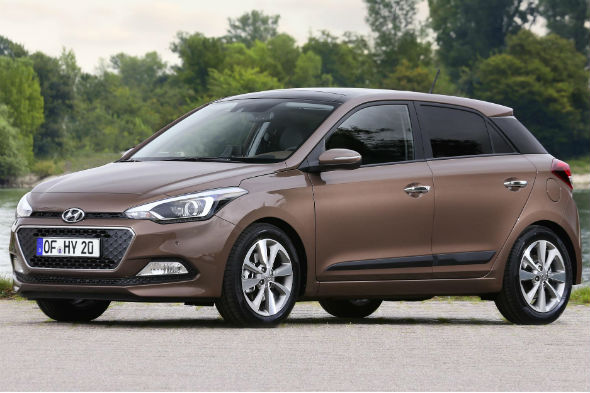 Hyundai will soon launch a range of performance models badged 'N' – but the manufacturer hasn't yet decided just how hot they need to be.
The company has confirmed it will introduce the sporty models to its line-up but it is currently weighing up whether they need to take on rival Ford's affordable ST line or its faster and harder-edged RS line-up.

The upcoming N badge will first appear on the Ford Focus-rivaling i30 hatchback along with the Fiesta-sized i20, which was launched at the Paris Motor Show. The brand is currently evaluating whether this label should be rolled out further across the range.

Hyundai president and CEO Tony Whitehorn, admitted to AOL Cars that the Korean firm is currently in a bit of a dilemma: "Our N range needs to be a seriously powerful type of vehicle.

"Everyone would want us to do an RS equivalent, but we're not actually going to sell that many RS-type models, so we have to balance out the pure economics.

"With an RS variant, we'd get a halo effect across the range but probably wouldn't sell many, but with an ST-type car we'd get a similar halo effect and sell the volume. That's the dilemma when you get into the debate about going for a 'warm' or 'hot' car."

Whitehorn admitted that the N range would have to stand out and added that Korean chiefs were listening carefully to what he had to say as the UK market, alongside Germany, would be one of the biggest for such a model.

Would you consider a performance car wearing a Hyundai badge? Have your say in the comments section below.
Tags
Read Full Story