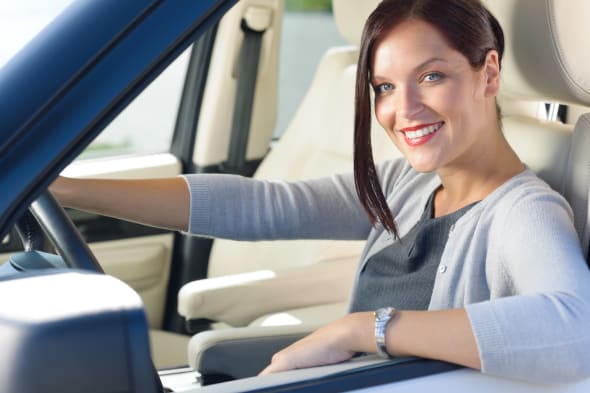 Is your name Daniel? Do you live in Dumfries and Galloway? If yes, you could be amongst the happiest drivers in the UK, according to new research by WeLoveAnyCar.com.
Analysing data submitted by over 650,000 motorists who had independently rated their vehicles, the car-buying website was able to identify not only which cars made people happy, but who the owners were and where they came from.

Conversely, the Jamies and Waynes of this world were least likely to be happy about their cars, along with drivers named Liz and Tracey.

WeLoveAnyCar.com also identified a correlation between driver happiness and the colour of their vehicle, with owners of teal green, yellow and white cars appearing most satisfied. The opposite was true for owners of purple and brown cars.

Picking a vibrant colour therefore could make your motoring life a bit more exciting – something residents of Rochester in Kent and Newcastle Upon Tyne may wish to consider, being areas where motorists are least happy with their vehicles.

Or they may instead consider a move to Sunderland, Dumfries and Galloway or even further north to Inverness, where drivers are more content with their motors.

In terms of car models, Czech brand Skoda was singled out by the research as having the most satisfied customers.

A spokesman for WeLoveAnyCar.com said: "Our data gives us the ability to find out why drivers are truly happy or unhappy – taking into account not just the make and model of car they own but also who they are, where they are and why they're happy or unhappy with their vehicle.

"It's priceless information, and as the reviews are all live on our site it's there for any car owner or potential buyer to see what any car is like to live with in the real world. Škoda's achievement is exceptional as there's no bias or agenda – just real car owners talking about their experiences. Seeing one brand repeatedly do well clearly shows there's a reason to like the cars."

Are you generally happy when behind the wheel? If not, why not? Have your say in the comments section below.
Tags
Read Full Story