Rare steam-powered car to go under the hammer 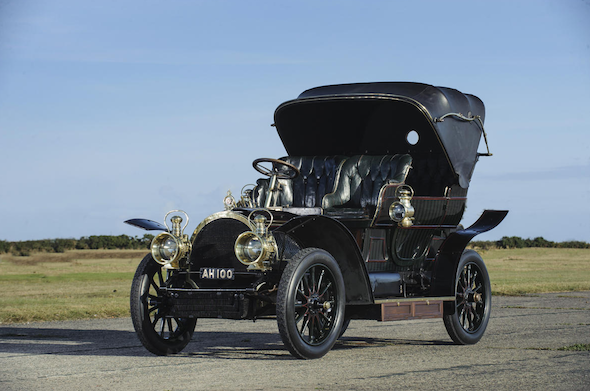 An extremely rare 109-year-old steam-powered vintage car is expected to raise around £350,000 when it is sold at auction at the end of October.
The snappily named Gardner-Serpollet 18HP Type L Phaeton Steamer was built in Paris in 1905. Its history prior to 1946 is unknown, but in that year it was bought by steam car enthusiast Alec Hoddon, before being sold to its most current owner, farmer George Milligan, who paid £450 for it in 1957 – around £9,467 in today's money.

Since then, prices for the rare steam powered car, which showcased its maker's innovative flash boiler technology – cutting edge when it was developed back in 1888 – have rocketed, with a similar example selling at auction for £238,00 back in 2009.

Rare steam-powered car to go under the hammer
Up Next


This particular example is in excellent condition, being finished in vertical green and black stripes, with green leather upholstery on the seats. It even comes with its original Norwich licence plate and manufacturer's stamp on the chassis.

The Phaeton Steamer has proved to be mechanically reliable, being a regular entrant in the London to Brighton rally, in which it is expected to compete this year.

Its high expected purchase price is no doubt due to the car's rarity. There is only one other surviving Type L model known to exist, and this very car is the only surviving shaft-driven model, according to its vendor, Bonhams Auctioneers.

The car will be sold at Bonhams' London to Brighton Run sale on October 31. Check out the video below to see the model in action.