McLaren F1 owner's manual is a work of art 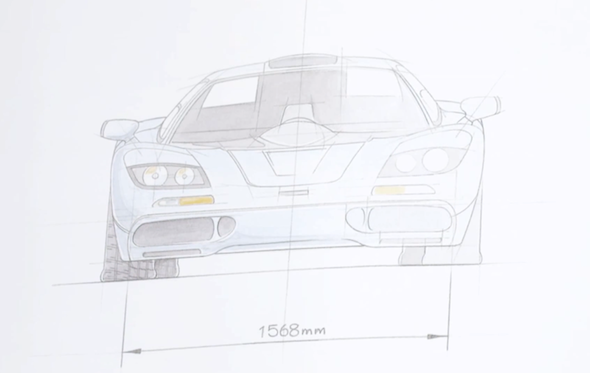 When is the last time you looked at your car's owner's manual? Never? Perhaps the first time you took delivery and went to fill up, only to be sat on a petrol station forecourt, fruitlessly looking for the fuel-filler release button?
Either way, delve into most car manuals and you'll find a multilingual tome the thickness of a phone book, crammed with information and cramped photographs of parts of the car, annotated to show you how to close the door, and how to put the key into the ignition – seemingly catering to the lowest common denominator.

Unsurprisingly, British supercar maker McLaren does things a little bit differently. When it came to creating a manual for its original F1 supercar, they decided to push the boat out and create something truly special.

In the video below, McLaren's design operation manager, Mark Roberts, recalls the task of illustrating the expensive-looking document. From littering it with 'Easter eggs', including referencing one of designer Gordon Murray's favourite album's (Bob Dylan's 'Street Legal' – nice), to including the vehicle's astonishing top speed in drawings of the dials, Roberts explains how he gave this quite inconsequential piece of the vehicle the same magic touch McLaren's engineers did with the rest of the F1.

It might sound trivial, but it's a vivid display of McLaren's famed obsessiveness and attention to detail – the same obsessiveness that led to the creation of one of the most iconic road cars of all time.