BMW M boss wants brand to build its own supercar 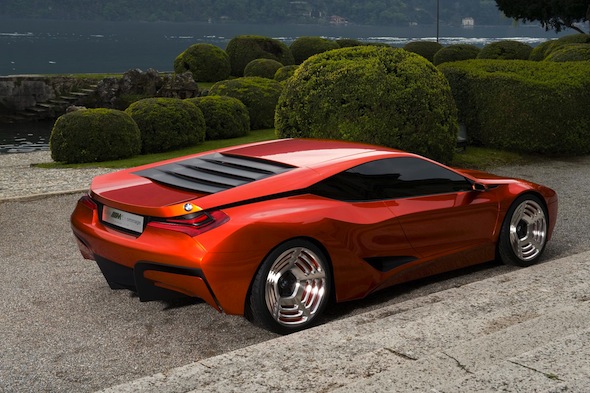 The boss of BMW's 'M' division has stated that he'd like to see a purpose-built supercar bearing the marque's iconic propeller roundel.
Speaking to Auto Express, Carsten Priest, head of product development at BMW M, said: "If you called any of the 550 employees at BMW M and said you'd pick up the cost for this project, we would always say: 'Yes, let's go for it right away'. But larger companies have to see the overall context. We always have more ideas than budget is made available – we have to see which priorities will be decided upon."

BMW is lagging behind its premium German rivals Audi and Mercedes in the prestigious supercar sector, as both brands have purpose-built performance machines in the form of the Audi R8 and recently unveiled Mercedes-AMG GT.

Any plans for such a vehicle from BMW have been hampered by the huge development costs of the company's new i range though, particularly the hybrid i8 sports car.

"We have to be forward thinking, the decision has been made to establish BMW i, including an i8 supercar type of model in its line-up and that's obviously a huge investment that's been made," Priest continued.

However, this hasn't stopped the Bavarian marque from teasing its supercar ambitions. Back in 2008 it introduced the M1 Homage concept (pictured above) as a potential successor to its iconic mid-engined sports car of the 1970s, the M1.

No details of that car have been released since though, and even Priest admitted it was just a celebration piece, telling Auto Express: "The name clearly indicates what the primary purpose was, it was not meant to twist anybody's arm.

"I was excited for us to see what the reaction was like and it was overwhelmingly positive, but no one at M is surprised. Everyone would be ready, they would probably even do this in their spare time if the project order was given."

Would you like to see a purpose-built BMW supercar? Have your say in the comments section below.
Tags
Read Full Story