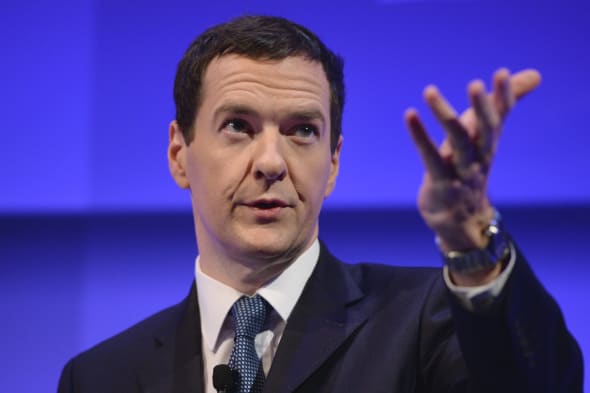 When George Osborne first announced a radical reform of the pension rules, we were already talking about a brave new world for pensions.

Now he has announced more details of these changes, which could dramatically change how people take their pensions in future. The latest news is that there will be more freedom in how people can take the tax free 25% of their pension fund.

At the moment, anyone over the age of 55 can take 25% of the fund out as a single lump sum. However, they have to take it all at once, and it has to be done within 18 months of the person retiring. In the future, however, they will be able to dip into the pot at any time, and each time 25% of what they take will be tax free.
%VIRTUAL-ArticleSidebar-pensions%
Instantly calculate your pension income options

This will come as good news for many. It will mean they can dip into their money whenever they need it - and use it like a bank account with tax benefits. Alternatively, they can choose to just take the tax free lump sum, and defer taking an income - to enable the balance to be passed onto their family after their death and potentially avoid any tax charge.

George Osborne briefed the papers on this last night, adding: "People who have worked hard and saved all their lives should be free to choose what they do with their money, and that freedom is central to our long-term economic plan." "We've extended the choices even further by offering people the option of taking a number of smaller lump sums, instead of one single big lump sum."

There have been those who have pointed out that this isn't exactly a new announcement, but that it's purely a clarification of what has been announced earlier. They will point out that it's no co-incidence that leaving the clarification until the last minute has ensured that today, on the day the Pensions Bill is published, Osborne has started with some good news.

However, there have already been words of warning from the industry about these proposals. Tom McPhail, head of pensions research at Hargreaves Lansdown says that this change will come in for the start of the tax year in April 2015, and that there's a good chance that a large number of pensions providers will not have the systems in place to enable all of these freedoms.

He said: "The pensions industry is reeling from an unprecedented onslaught of legislative and regulatory change. Some providers have even already publicly waving the white flag and calling for some breathing space; it seems the Treasury is not listening."

Then there's the risk that so much freedom could persuade too many people that withdrawing cash from their pension pot is the best approach. In some cases it will be, however, he points out: "Managing longevity and investment risk is complicated, particularly if you have been defaulted into a pension, you've never engaged with it and you don't know what you're doing. Many professionals struggle to get it right so the idea that at least some inexperienced investors won't get it wrong is recklessly naïve."

Even if they decide to withdraw it and hand it to an investment expert who says they can smooth out the investment and longevity risks for them, there will be risks associated with the approach. Some experts will get it right, but there's always the risk that they get it very wrong.

McPhail adds: "At present there are precious few regulatory controls around the non-advised sale of retirement incomes. In fact it appears that the Treasury is intent on abolishing even the notion of a sales process at retirement, as investors will be able to dip into their pots at will. Without regulatory oversight, when investors do run out of money (and some will) there'll be no accountability for this system failure. The Chancellor appears to be creating the perfect environment for a misselling scandal."

State pension cash could run out next year: what it means for you

Could your family end up paying 40% tax on your pension?