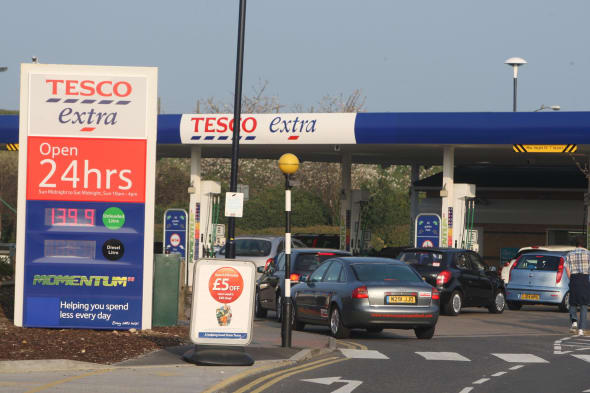 Prices at petrol station forecourts around the country are set to be slashed again, due to a renewed price war amongst leading supermarkets.
Retailers Sainsbury's, Asda and Tesco have all promised to reduce the cost of petrol by 1p a litre and diesel by 2p a litre on selected forecourts today.

The competition has been sparked by the falling cost of crude oil, which is currently $88 (£55) a barrel but is expected to fall as low as $75 (£47). Should this happen, petrol costs could be further reduced by around 6p per litre – reducing the cost of filling up an average family hatchback by approximately £4.

Despite the respite for drivers, motorists' groups have warned that petrol stations may seek to maximise profits by failing to pass on the full reduction to customers.

Luke Bosdet of the AA said: "There have been some dramatic falls in oil prices this year but petrol prices have moved by far less," The Telegraph reports.

"It's an election year and if politicians want to show they care about families whose budgets have come under real strain, they should ensure drivers get a fair price at the pump."

He went on to say that it was impossible to identify where reductions were being held up along the supply chain, allowing for fuel retailers to get away with hiding their profit margins.

The average price of a litre of petrol is currently 127.4p according to the AA, though prices vary drastically across the country.

Asda announced yesterday that customers will pay no more than 126.7p for diesel and 123.7p for unleaded petrol, across its network of 232 forecourts.